The Clock Is Ticking… 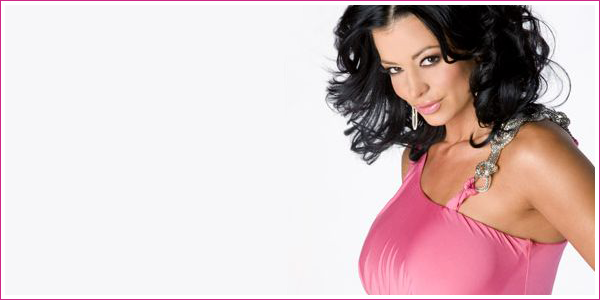 There may not be a lot of time left for the Candy Coated Diva! The Cleveland Plain Dealer recently spoke with Candice Michelle about her current goals within the WWE as well as her employment status. Here’s what she had to say:

[My goal is to] win that championship, baby! Time’s running out! My contract expires in October of ’09 so we’ll see where I’m at in that point in time. I mean, I would love to get into acting and do some more modeling. We’ll see, I love where I’m at right now. WWE is home to me and I can’t take it for granted.

There were a lot of mentions ofÂ  “we’ll see” by Candice which leads me to believe that she knows more than she’s giving out, or she probably feels that her contract won’t be renewed, so by mentioning that she is pursuing acting and modeling, it won’t really make her departure from the company look like the WWE got rid of her. It really is sad to see; Candice had a lot of people rooting for her comeback (including myself) from the injury she sustained in a match with Beth Phoenix. Candice went from an absolutely amazing year in 2007 with a Women’s Championship run and a Playboy cover to being put on the shelves in 2008. I always enjoyed Candice as a sultry heel and felt that was her best role. Her in-ring skills greatly improved when she was the Women’s Champion and could beat Beth Phoenix one-on-one, but unfortunately, she never really recovered in the ring after her injury, nor did she get over with the fans. Could this be the end of Candice Michelle’s wrestling career? I, for one, sure hope not. I’m still rooting for Candice despite her relatively lackluster performances and I think she really takes all the criticism she has gotten about her wrestling skills to heart and tries to fix them. As I’ve said before, a trade to SmackDown could be just what the doctor ordered to save her career!