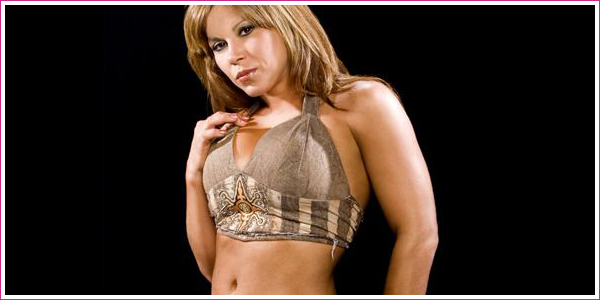 Welcome to The Mickie James Show, basically a bumper post dedicated to yup, you guessed it, Mickie James! There’s two interesting pieces of news floating around the interwebz about the former Women’s Champ, so let’s delve right in.

Mickie injured
First piece of news is that Mickie is currently working with a hyperextended elbow. WWE has tried to lighten up Mickster’s schedule by having her work as a referee or guest time keeper during the European tour rather than wrestle. She has wrestled sparingly – mainly on television – of late. Our best wishes to Mickie on a speedy recovery!

With Melina back, I think WWE should just go ahead and give Mickie some time off to rest up. In three years, Mickie’s never been out with an injury and really is invaluable to WWE. They should make sure she’s fit and healthy, right now with the focus on Melina, they can afford to give her a little time off. This would also help freshen up her character, making the fans miss her and then having her come back.

Mickie at the movies
The four time Women’s Champion has also expressed her desire to act, in an interview with one of the Pussycat Dolls that isn’t Nicole. Does it really matter which one? Nicole steals all the spotlight anyway. Oh right… Mickie…

If I was to accomplish anything outside of the continuous growth of my WWE career, it would be to star in at least one movie. I’ve always found them fascinating, and would lose myself in stories as a child. I would sometimes daydream and pretend I was the leading female in whatever movie I was watching. I have always dreamed of being a star on the big screen.

Hmm, judging by Mickie’s acting on WWE television methinks she should stick to what she knows best.