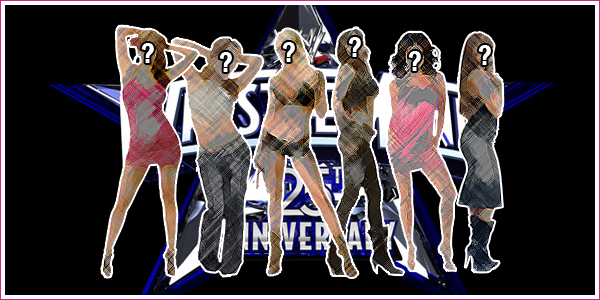 19 spots confirmed. 6 spots left. Which names from Divas’ past will join us at WrestleMania 25 for the Miss WrestleMania battle royal? Like season four of Lost, we aim to uncover and speculate just who will be the WrestleMania Six!

With the crappy build to WrestleMania this year, methinks WWE should turn the WrestleMania Six into a fun little storyline!

Here is where I think we’re headed right now…

I expect those four Divas to definitely take part. The final two spots are up in the air. There’s quite a few Divas they could go with so there’s some choice, the obvious choices are Miss Jackie and Wendi Richter. It seems unlikely but I wonder if Torrie or Gail Kim could talk Stacy Keibler into ‘giving back’ to the business?