The Story Behind Maria Kanellis’ Wrestling Return: “I Don’t Want to be a Diva” 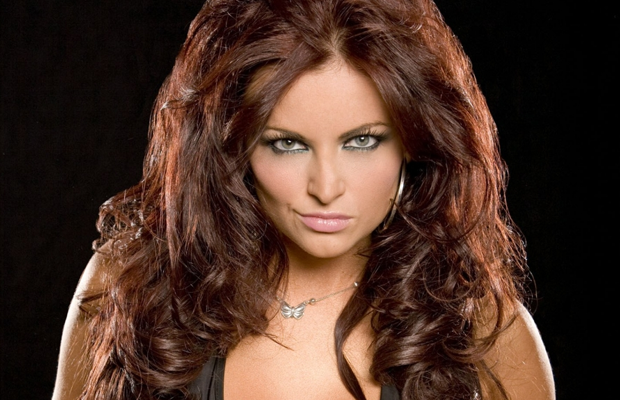 Former WWE Diva Maria Kanellis’ long wrestling hiatus is over. Now part of Ring of Honor and with her in-ring return imminent, Diva Dirt chronicles the story of Maria’s return.

Tomorrow night, former WWE Diva turned Ring of Honor’s First Lady Maria Kanellis will return to the ring against Impact Wrestling star, Tara. The match marks Kanellis’ first in two years following her WWE release on February 26, 2010. Getting back in the ring after two years, and on her 30th birthday, no less, there are a lot of eyes on Kanellis.

Her last match was on an episode of WWE Superstars in which she teamed up with Matt Hardy and The Great Khali against Natalya, DH Smith and Tyson Kidd.

“My career outside of WWE is very busy, but I still miss wrestling and that’s why I’m coming back to it,” Maria said Tuesday night in an interview with Diva Dirt.

That may be surprising to some but speaking to Kanellis it’s clear to see that wrestling is in her blood. The enthusiasm she exalts when speaking about a WWE Divas match she recently saw on Friday Night SmackDown — “Those girls went out there and killed it!” — is proof of this. Though no longer part of the division, Maria still shares a passion for wrestling, just like you and I, and wants to see the WWE Divas succeed.

Many perhaps expected Maria to disappear from wrestling altogether following her WWE release, much like past former Diva Search contestants who moved into music, film or television with varying degrees of success, or like those who simply fell off the radar. Kanellis, however, entered the business not through a casting agency, but as a fan who genuinely applied for the 2004 WWE Diva Search. Michelle McCool was the other contestant in the same boat.

“It’s so funny to me because everybody is so surprised that I’m still doing stuff with wrestling. Some people make comments about how, ‘Oh, her career must not be doing very well outside of wrestling and that’s why she’s coming back’, and all of these random things. The truth of the matter is that I’ve always been a wrestling fan,” Maria explains.

“I was a wrestling fan when I was a little girl. I was a wrestling fan when I was in WWE. [For] the year after I was out of WWE, I didn’t watch much wrestling but you start to miss it. I started watching it again as a fan. I started doing [Afterbuzz TV] and I really loved it, and talking with [boyfriend] Mike [Bennett] about it. I actually met Mike on a wrestling show,” Maria reveals. “I’m a huge fan of wrestling. I love the athleticism of it, but I also love the entertainment part of it. I love the theatrics.”

“No matter where this next journey in my life takes me, I’m always going to be a wrestling fan.”

The journey to which she refers is both her current role in Ring of Honor and her pending return to the ring.

Joining ROH, a promotion fans would probably have never expected to bring in a former ‘model Diva’, as she and others of her era are branded, Maria is a valet for her real life boyfriend Mike Bennett. Kanellis has been dubbed the ‘First Lady of ROH’ — a moniker that has caused some controversy — but Maria welcomes it. She says that this time she wants to “have fun” and is much more relaxed about the business than in her WWE days.

“Within 10 seconds of being out there with Mike Bennett, it was like the crowd just turned on me and I just loved every minute of it,” Maria recalls with a laugh her ROH debut at the Hammerstein Ballroom in New York. “I never got to be a bad guy in WWE. For me to be able to speak my mind now and have a bit of an attitude, a bit of an edge, it’s like coming into my own.”

“I’m not a Diva anymore. I don’t want to be a Diva. I am the First Lady over at Ring of Honor and I like that.” 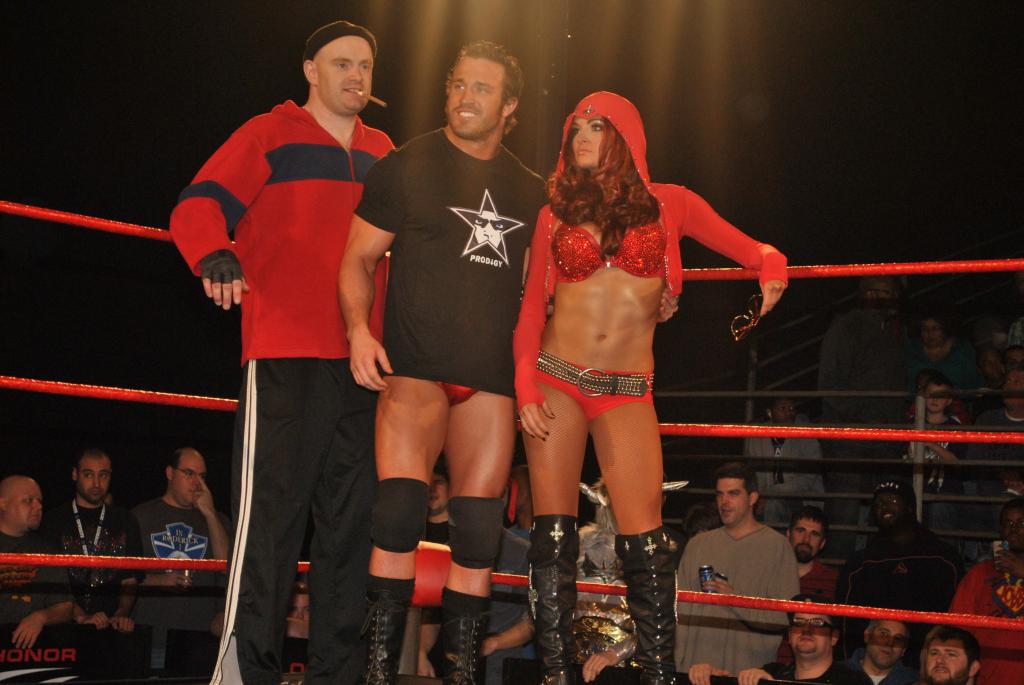 Exactly two years to the date of her last match, which fell on her 28th birthday, Maria is set to step back into the ring tomorrow night, February 25th — her 30th birthday. Her opponent: a two-time WWE Women’s Champion and four-time TNA Knockouts Champion in Tara, aka Lisa Marie Varon.

Following her WWE release, Maria admitted in several interviews — including in an interview with Diva Dirt — that wrestling wasn’t her strongest suit, so why has Maria decided to get back in the ring?

“I never won a championship and that was a big thing for me,” she admits. “I didn’t want to win the greatest championship in the world and I didn’t need to hold it forever, but just winning it by a fluke would’ve been nice, just to say I was on that great list [of champions].”

Returning to the ring on a milestone birthday (Maria turns 30 this year), and exactly two years following her last match is pretty uncanny — or perhaps it was fate?

“My favorite place to be in the world is one, with my boyfriend; two, with my family; but three is being in that ring and being around wrestling. It’s very ironic in a way.”

As for her opponent, Maria says: “I love her. She’s incredible. She probably has one of the longest careers of any woman today when it comes to wrestling — she might have the longest right now. She’s an incredible person, she’s just a sweetheart, and I’m very excited to be back in the ring with her.”

Speaking to Diva Dirt just a few days before the big match, Maria said with a laugh: “I’m scared to death!”

Maria ‘begins anywhere’ tomorrow night in New York, a match that will cement her wrestling comeback.

Listen to the full exclusive interview with Maria here. Maria talks in depth about joining ROH, her recent backstage visit to WWE Raw, the current Divas division and more.

Maria returns to the ring on February 25th for Family Wrestling Entertainment in New York in a match against Tara. For more information click here.