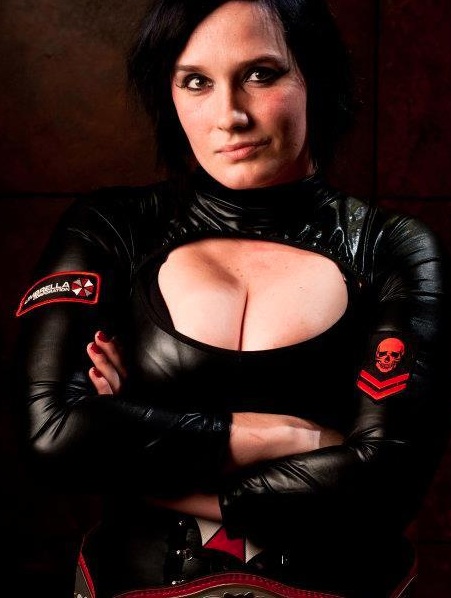 Cast your minds back to a year ago. Jessicka Havok was barely known and (in the nicest way possible) frankly, a blip on the women’s wrestling radar. In the past 12 months, she has become the most terrifyingly brilliant female prospect on the independent scene.

Jessicka Havok is a different type of beast and unlike anything we’ve really seen in women’s wrestling before. Quickly rising through the ranks of WSU this year, Jessicka has turned heads, and rightfully so. Capturing the imaginations of fans with her incredibly believable portrayal as a psychotic heel, Jessicka has delivered some of the strongest promos of the year and matched her aggressive temperament with just as brutal matches.

From her early bout with Nikki Roxx in January at WSU’s Final Chapter Internet pay per view, it was clear that J-Hav was a future main eventer. Cementing this status, Havok went on to have a stellar months-long feud with WSU icon, Alicia, that saw the pair compete in two hard fought bouts at June’s Uncensored Rumble, in which Havok wore her opponent down to the point of Alicia’s mom having to throw in the towel on her behalf, and a further “Last Woman Standing” match during the August 6th tapings which headlined the show. In November, Havok was one of six women to step inside the steel cage for WSU’s first War Games match in a bout that felt real, brutal and bloody.

Setting her sights on Mercedes Martinez‘s WSU World Championship, Havok is on the cusp of becoming one of the biggest stars in independent female wrestling. The hype around Havok, as well as her own promos and matches, have made her the closest bet to be the one to finally defeat Martinez and end her near three year reign as champion.

Havok has a rare quality that adds a new dimension to women’s wrestling. While some may see the WWE Divas and think that women’s wrestling has to be “girly” and “playful”, Havok is showing that women can be intense, physical, violent and positively exciting at the same time.

Jessicka Havok has been the highlight of the independent scene for Diva Dirt this year and the scary thing is that in this case, the best truly is yet to come.