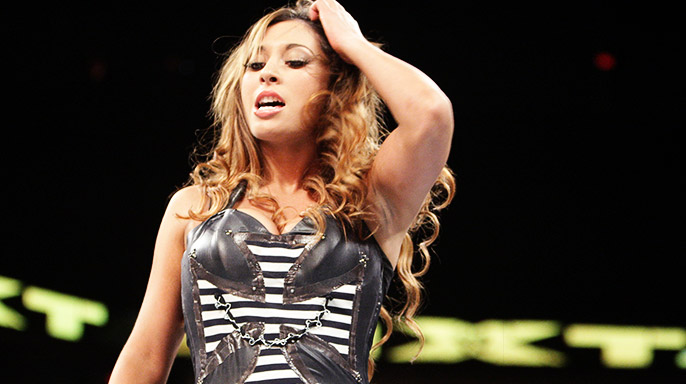 As 2011 draws to a close, the Diva Dirt writers have each picked a personal highlight to reminisce on the year gone by.

So, I’m sure it’s pretty obvious by now that I live for NXT. It’s my favorite program in all of wrestling, and I personally feel it deserves weekly two hour programming, house shows, and pay per views dedicated solely to it.

A big part of my admiration is because of the storylines, time, and effort put into developing characters, and perhaps there is no better example than Maxine! That is why my moment of 2011 is when Maxine surprised the world and made her grand return by attacking AJ and forming the greatness that was BateMax.

I think part of why I loved this so much was because it was live and I had absolutely no idea it was going to happen. Very rarely do we get to have that feeling of complete shock, and seeing Maxine just pop up out of nowhere was one of those times I thought I was dreaming because it was handled so differently (aka one million times better) than most Divas get for their call ups. She was given time to develop an actual character and has since given us some of the best segments in female wrestling in my opinion.

She also stepped up her ring work tremendously, and has pretty much done nothing but impress since. NXT is all about crowning the next breakout star of the WWE, and for me, while she didn’t “make the rain fall” and win her own season, the past few months have shown why she deserves to win this one. (But if we are ever given the option to vote, support the Bate in BateMax!)