MICHELLE McCOOL
Going Out on Top 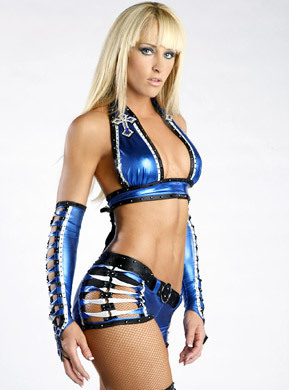 It’s so rare in the wrestling industry, particularly WWE, to see females going out on their own terms and leaving at the top of their game, but in 2011, that is exactly what Michelle McCool did.

Perhaps the only other example of a Diva going out on top is Trish Stratus, who in 2006, retired atop the women’s division. Fast forward five years and it was Michelle McCool who decided to hang up her boots and left with one last hurrah where so many go out in a whimper.

In many ways, Michelle McCool has helped define the current era of Divas, rising from Diva Search contestant to respected in-ring athlete. Over the years, we’ve seen her growth in the ring to the point where Michelle has been relied upon to have great matches with almost everyone she stepped into the ring with. She’s also become one of the most accomplished Divas in history by becoming the first ever Divas Champion, the first woman to hold both the Divas and Women’s Championships, and the woman to unify the two belts.

In 2011, right up until her retirement match at the end of April, Michelle continued to stay in the forefront, appearing at all four pay per views in the first part of the year, and main eventing SmackDown along with Layla, Kelly Kelly, Dolph Ziggler and Edge.

Following a buzzy WrestleMania match that featured reality television star, Snooki, the moment we’d all been waiting for finally happened: LayCool broke up. In an emotionally charged “Loser Leaves WWE” match, Michelle and Layla left it all on the mat, and ultimately, Michelle left the WWE and gave her BFF a big rub on the way out.

Michelle knew when to say “stop”, and she is one of the few women in history who can truly say she left at the top of her game. For that, she has our utmost respect, and we feel she deserves the acknowledgement of placing highly in our Women of the Year list.

Controversial to her last moment, fans have hotly debated Michelle’s merits and will no doubt continue to, even in retirement.

Although she may no longer be on our screens, Michelle McCool will remain forever flawless.