The Women of Tough Enough: Where Are They Now? 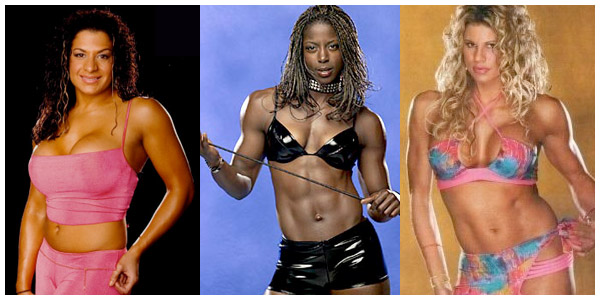 Roughly ten years ago, a group of eager wannabes queued up on the bitterly cold streets of New York City to audition for a new WWF concept. Tough Enough was looking for a group of 13 men and women to learn how to wrestle from scratch over 9 weeks. Two winners would be chosen, given WWF contracts and be on their way to becoming WWF Superstars.

It had its critics – most notably Triple H, who thought it exposed the business too much, and he might have had a point, as the first season gave every viewer a rough guide on how to bump, which must have resulted in a few shocked vertebrae – but it was a big hit on MTV, where it was hosted. Three seasons were produced for the network, with a fourth featuring on SmackDown in 2004 and was a rough blueprint for the wonderful programme we know and love called NXT.

Now we have been informed that USA Network is planning to revive Tough Enough, though it is still unclear what the format will be. It could follow the format of the original three seasons by taking novices and teaching them from the bottom. It could bring in indie wrestlers and polish them, reminiscent of The Ultimate Fighter; or it could take WWE contracted wrestlers currently plying their craft in Florida Championship Wrestling and put them in a house – though that version will probably be more scripted and moulded towards who WWE want to push. However, to judge how successful any potential winner of Tough Enough: The Return would be, it would be a good idea to look into its history.

Tough Enough produced seven winners – three female, four male – with John Morrison being the most successful of the bunch. But if they have a Y chromosome, we’re not really interested in them, no matter how long and floppy their hair is. So in this two-part piece, we’ll have a look at the fates of the women of Tough Enough, what happened to their careers, and what they are up to these days.

To start with, let us examine the fortunes of the three female winners – in the second part coming next week, we can have a nose around at the other contestants who didn’t win, and the ones who didn’t even make it into the house.

So why don’t we kick off with the originator…?

Nidia Geunard, Tough Enough 1 winner
To many, Nidia’s victory all the way back in 2001 was a surprise. The final few weeks of season one was a two horse race when it came to the women: there was Nidia – who was injured and fell behind in training – and Taylor – who was fiercely eager to win, looked tough, and with her blonde hair and all-American looks (in contrast to Nidia’s Puerto Rican heritage) appeared would fit into the WWF mould a lot better than her rival.

However, Nidia’s injury may have been what won it for her, as she refused to sit back and heal up, and overextended herself in other areas of her training to show her desire and drive to make it as a wrestler. In addition, footage of her visibly upset at her inability to train gave her an air of vulnerability that wasn’t shown in Taylor. 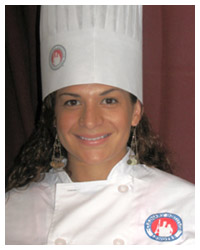 Nidia was sent to train with Sharmell Sullivan and Jazz, only appearing once on TV in the first six months of her contract to help fellow TE1 winner Maven Huffman defeat Tazz. She finally debuted on SmackDown in a programme with WWE Cruiserweight Champion The Hurricane, where she was portrayed as a scorned ex-girlfriend of his who had brought in her new beau to defeat him – one Jamie Noble – which he accomplished at the 2002 King of the Ring.

Nidia’s disappearance between her TE1 win and her debut let her shake off the Tough Enough trainee moniker and forge a character for herself as trailer park trash, complete with cut off shorts and constantly chewing gum, adding a mink coat to her wardrobe when Noble inherited a shedload of cash from a dead relative. They also upgraded their trailer so it had running water, so we were told.

So Nidia was on TV every week, involved in a number of storylines and had a defined character. She wasn’t wrestling though. In fact, she wouldn’t strap on the boots in a full-time capacity until she turned babyface, broke away from Noble and was drafted to Raw in March 2004. However, it didn’t last long, as she was released from WWE in November of the same year.

After being let go, Nidia worked a few shows, including a few for TNA, but dropped out of wrestling. In 2007, she gave birth to a daughter, Lilith Fae Dal Bosco, and earlier this year, she started a new culinary career (see image).

Now 31, Nidia is fully enrolled in Culinary Institute LeNotre in her hometown of Houston, Texas and is working to create healthier food for vegetarians, after noticing many carrot-munchers consume as much starch and grease as meat-eaters. Her goal is to design a line of vegetarian foods.

Despite receiving numerous offers to return to the ring, Nidia has no plans to wrestle again.

Linda Miles, Tough Enough 2 winner
Linda was a lock for a WWE contract. Technically sound throughout the whole TE2 season, sporting an incredible physique, a legitimate sporting background – a former college basketball star at Rutgers who had a WNBA tryout – and her ability to rub people up the wrong way by letting her confidence drift into cockiness, Linda was a born heel. So many were left scratching their heads when she was originally pushed as a babyface in the weeks after Tough Enough 2 came to a conclusion. She also managed Shelton Benjamin briefly before he teamed up with Charlie Haas to form Team Angle in late 2002. 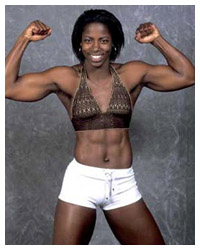 Shaniqua was written out of the storylines after the Bashams lost the tag team titles in early 2004 and being squashed – literally – by Rikishi. She was sent back to OVW for more training and to work on her attitude, which was reportedly rubbing many the wrong way, with WWE going so far as to declare her a “problem.” After arguing with OVW booker Jim Cornette following a poor match, Miles started skipping training and was eventually released from her contract.

After wrestling, she attempted to get into sportscasting. She is now 32, and a substitute school teacher in Cincinnati, Ohio.

That’s probably the phrase that was rolling around Jackie Gayda’s head as she returned home after auditioning for the first season of Tough Enough and not making it into the house. She impressed the judges enough to be invited back for the second day of casting, but failed to wow them enough to make it from the final 25 to the final 13.

So armed with new implants, new muscles and even more desire, she applied for Tough Enough 2 and made it to the casting call in Las Vegas. And nearly threw it all away.

When challenged about how far she would go to make it into the house and replying that she would do anything, she then hesitated and nearly refused to run to the nearby fountain and throw herself into it. After a brief thought, she leapt out of the ring, sprinted to the water and dived in – had she not taken her fully-clothed dip, she may not have swung the judges opinion on her and been rejected for two straight years.

On the show Jackie flew under the radar for a while, but then the crackle of a romance began, which turned into an inferno – despite the fact that it happened in a Jacuzzi. There’s something about Jackie and water that creates drama.

The Jackie/Pete kiss and the subsequent trauma Jackie had when she told her then-boyfriend gave TE2 an angle that wasn’t part of the original series. Speaking to us on the Women of Wrestling Podcast, Jackie put the kiss down to being “super young, super stupid”. And then Jackie’s emotional pain was compounded with pain of a physical variety, when she suffered a torn ACL and was encouraged to pull out. Jackie refused, strapped on a brace and carried on. 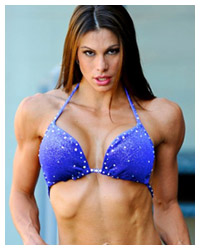 Jackie’s hard work was rewarded with a WWE contract in May 2002 over the man that eventually became Kenny King in Ring of Honor, who was arguably the most gifted trainee in that season. According to the Wrestling Observer newsletter, Jackie was picked “based on her look, including getting her to pose in Playboy (which she turned down).” She did make a contribution though – in what is generally regarded as one of the worst matches in the history of Monday Night Raw.

Her July 8, 2002 mixed tag match – teaming with TE1 runner-up Christopher Nowinski against Bradshaw and Trish Stratus – was an utter mess. She admitted on the WoW Podcast that she was nowhere near ready to be in that position, having only been training for about 6 months.

Jackie was repackaged as “Miss Jackie”, teamed with Rico and later with her husband-to-be Charlie Haas, and competed at WrestleMania XX in a losing effort with Stacy Keibler against Sable and Torrie Wilson, but was eventually released in the infamous WWE cull of 2005.

After that, she ventured to TNA where she became involved in a double blackmail angle with Jeff Jarrett and won 2005 Knockout of the Year, but left after becoming pregnant. Kayla Jacquelyn Haas was born in late 2006, with two more children following – Taylor Suzanne in September 2008, and Thomas Russell Haas II in June of this year.

Now 29, Jackie lives in Dallas, Texas with Charlie and her three children and has her own business – Custom Muscle, found at NutritionMarket.com. She’s also still into her fitness, and recently posted a picture of her current physique on her Facebook page.