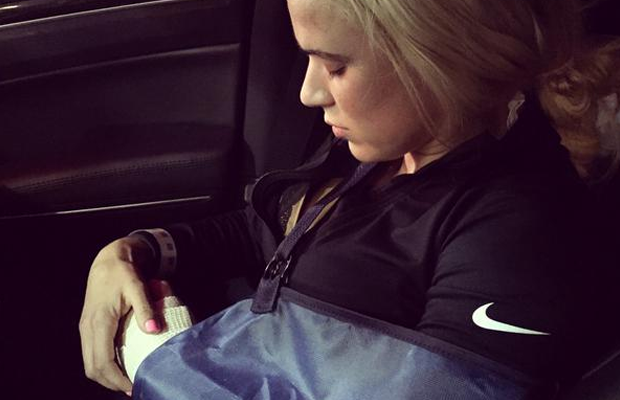 * Seth Rollins thinks Bayley should be the next wrestler called up from NXT. (WrestlingInc)

* Bayley vs. Dana Brooke has been added NXT’s Texas tour, with live events taking place next Thursday, Friday and Saturday. (Lords of Pain)

* Speaking of Lana, she’s off the road for the time being, and won’t accompany Dolph Ziggler to the ring for his match at at Night of Champions. (Lords of Pain)

* The WWE raised over $200,000 for NYPD & Firefighters over SummerSlam weekend, and Stephanie McMahon commented on the feat. (WrestlingInc)

* There are conflicting reports as to whether the “Alicia Fox and Paige get kicked out a of a restaurant” story was an angle for Total Divas. (The Wrestling Observer via Lords of Pain)

* There are some spoiler-heavy reports circulating about what might happen in Monday’s Divas Title match. (Cageside Seats)

* Natalya addressed being left out of the Diva Revolution storyline in a recent podcast interview. (Sam Roberts Wrestling Podcast)