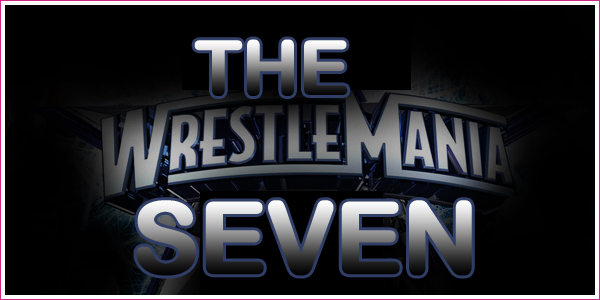 This Sunday at WrestleMania 25, WWE pays homage to it’s 25th anniversary with an honorary 25 Diva battle royal for the title of Miss WrestleMania. Not only will the current crop of Divas have an opportunity to win said title but so will some names and faces from the past – the WrestleMania Six! Stealing a page from Lost‘s Oceanic Six, we have dubbed our six returning Divas after the wacky ABC show.

The formula for the 25 Diva match, it looks like, will work out like this: 18 parts Diva. One part Santino and 6 parts legend (well five plus Jackie Gayda).

While Hassan looks at the current Divas in WrestleMania Spotlight, over the next few days, I will be looking at the six Diva legends (or again, five plus Jackie Gayda) who will compete in the Miss WrestleMania match. 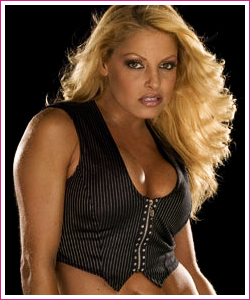 Confirmed or Declined?
Trish was not one of the five Divas confirmed at yesterday’s press conference. It looks as though they are saving the best till last! I expect Trish will be a surprise come Sunday night. Trish is the centerpiece of the WrestleMania Six. Make no mistake, if they didn’t have her booked and scheduled to appear this Sunday there’s no way they’d have involved past Divas at all.

Past WrestleMania Appearances
Trish has appeared at 7 consecutive WrestleManias and wrestled in four of those events. In her prime, she was considered a featured performer at WrestleMania.

Miss WrestleMania Threat Factor
Trish, no doubt, will kick some booty in at WrestleMania. You don’t bring back the greatest Diva of all time to not have her throw some bodies over the top rope, right? I’d say the ‘lesser’ Divas like the Bella Twins, Eve, Tiffany, Jillian and Layla could be Trish’s collateral damage.

Biggest Threats
Trish will likely have some competition from the likes of the Glamazon, Beth Phoenix and Michelle McCool. I definitely think Beth will make it a point to get up in Trish’s face.

Likelihood of Winning
Trish probably stands the most chance of the Diva legends of winning.