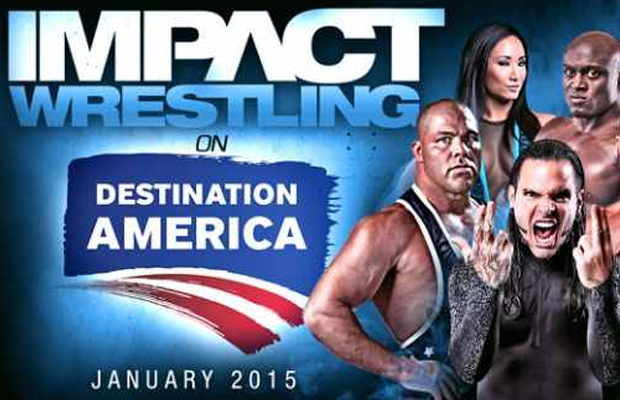 TNA has officially announced a new TV deal: the promotion will begin airing its programming on Destination America in January 2015.

The announcement was made on TNA’s official website, with a press release and video accompanying it. This follows months of speculation on TNA’s future, which all started in July with rumors that Spike TV was canceling Impact.

You can read the full press release on ImpactWrestling.com.

Watch the video announcement below:

What do you think of Impact’s new home?