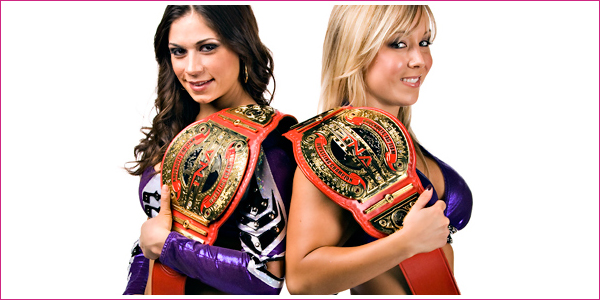 TNA has pencilled in a Knockouts tag team tournament [presumably for the Knockouts Tag Titles or for a shot at the titles] for the Impact tapings on December 21st, Diva Dirt has learnt. The tournament falls just one night after the company’s December pay per view, Final Resolution.

A source backstage at last night’s Impact taping tells us that TNA are currently booking several independent talents to come in for the tournament, including a few familiar names.

Former TNA Knockout Roxxi, who made a surprise return last night, is expected to be one of the participants.

Who would you like to see come in for the tournament?

EDIT: It looks as though said tournament may air in it’s entirety as part of TNA’s New Year’s Eve celebrations on Spike TV. The company will be airing four hours of Impact on New Year’s Eve with the special entitled “New Year’s Knockout Eve.”