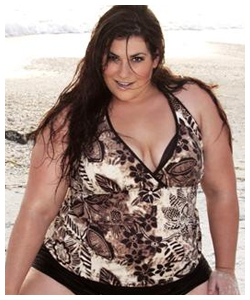 Ruth took part in a somewhat infamous tryout with the company last month which saw her opponent, the veteran Knockout Daffney, injured and taken to hospital.

In a tweet perhaps referring to her signing last night, Betsy wrote: “One of the most emotional days EVER!!!!! That’s all I gotta say.”

She is a student at the Team 3D Academy run by TNA’s own Brother Ray and Devon.