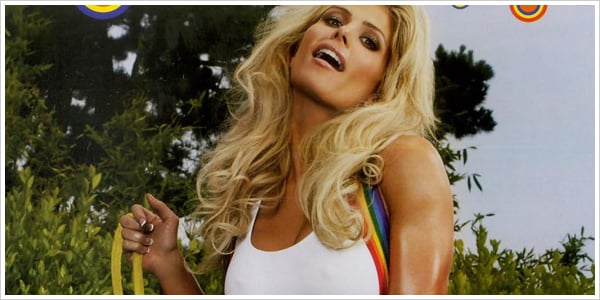 My home girl, Torrie Wilson is officially ready to hit the circuit once again! Three months after her WWE retirement and 9 months since her injury, Torrie is now accepting bookings for appearances including wrestling shows… though not as a wrestler, of course Torrie suffered a career-ending back injury. Word has it that Torrie’s people are requesting a cool $7000 per appearance. Is this a case of “Oh no she didn’t?”, I’ll let you decide!

Back in May, Torrie expressed to me that she was done with wrestling which makes me a little surprised to see her taking bookings for independent shows etc. It got me wondering, do I want to see the Diva who I have admired for an entire career, really go the route of the Dawn Maries and Sunnys? By that I mean, these days those two former Divas attempt to scrap together their money from conventions and indy shows. I feel, in the long run, this tends to tarnish the careers they had in their prime and it would be better just to make a clean break… just look at Trish Stratus and Lita. Sure, Lita made the odd indy appearance – but for the most part, both these Divas have their legends in tact and moved on gracefully. I would love to see Torrie do the same, it’s not like she hasn’t got other great prospects to look forward to. What do you think? Sound off in the comments!