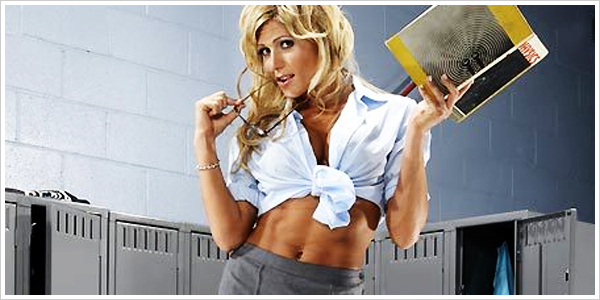 Like many free agents after they leave WWE, Torrie Wilson has filmed a shoot interview with RF Video. And you best believe that homegirl has some amazing stories to tell about her decade-long career that spanned both WCW and WWE. According to sources Torrie’s interview was very “emotional”. More details will be available tomorrow apparently, so expect a follow up to this post.

This is the first I’ve heard of Torrie doing a shoot interview, but I’m definitely excited to see it! I honestly hope she covers her lack of championship pushes, the way that WWE tied her down to T&A and how they shot down her requests to take time off to train in 2002-2003. Had they allowed her that time off to go down to developmental, I believe Torrie would have retired at least a one time Women’s Champion. Maybe I should be doing this shoot interview, I’ve got lots to say! But those are stories for another time.