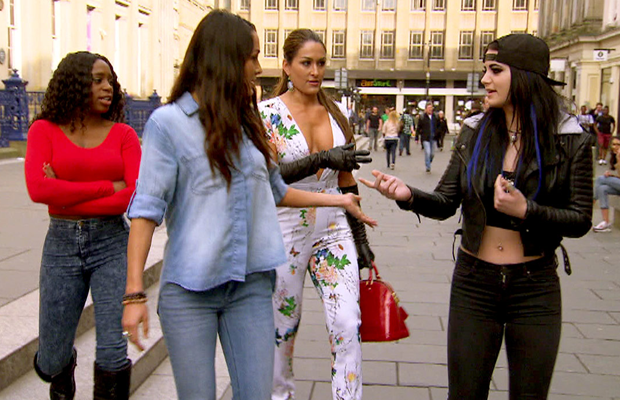 Last night’s episode of Total Divas dipped a bit in overall viewership, drawing 1.012 million viewers according to TV by the Numbers.

This is down slightly from last week’s 1.083 million viewers for “Divas on Overdrive”.

However, the episode, titled “Tea Mode”, managed to match its season high in the ever-important 18-49 demo, earning a 0.5 share for the first time since the season four premiere.

It bested the 8pm airing of Tough Enough in both categories, outdrawing its 856,000 viewers and 0.3 rating.