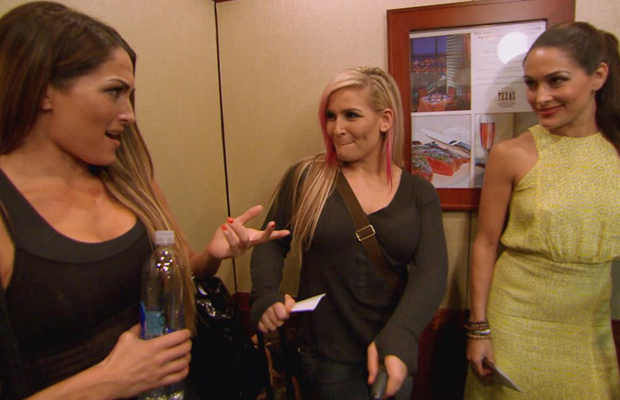 This week’s Total Divas saw the series slip to its lowest viewership ever, drawing 591,000 viewers according to Showbuzz Daily.

The series low was previously held by season two episode “Red and Gold”, which drew 750,000 viewers and is a sharp drop from last week’s draw of 777,000 viewers.

The episode was the 39th most-watched program on cable last night, down from last week’s #21 ranking.