This week, things are going to go a little differently. I’m subbing for Cryssi, but as I don’t have the same zeal for reality TV that she does, I’m going to tackle this Redux in a more linear way. This might be a huge flop, but here we go!

This week’s episode kicked off right where we left off, with John Cena approaching Nikki Bella about her hormone stash. He’s upset, and she confesses.

Surprisingly (where’s a sarcasm emoticon when you need it?), John isn’t angry with her. In fact, he’s relieved! He saw the needles and thought she might be taking illegal drugs. He asks her why she couldn’t have been up front with him about it, but she doesn’t know what to say.

Nikki notes that the fact that John isn’t pelting her with questions isn’t a good sign. Uh oh.

Elsewhere, Brie Bella and Daniel Bryan are moving in to their new home – the first that Brie has owned. While packing, they get into a discussion about Daniel’s illicit kickpad habit. He’s a kickpad whore, you see. He’s now roped Brie into his addiction. It’s only a matter of time before their home is overrun with kickpads and Josie gets lost amongst them. They better get a bell for her collar.

Later on, Nikki goes out to eat with Eva Marie and Natalya, sharing her don’t do drugs hormone conversation with John. Natalya compares her to a kid that got caught and yelled at. Thanks Nattie. Now I’m picturing this: 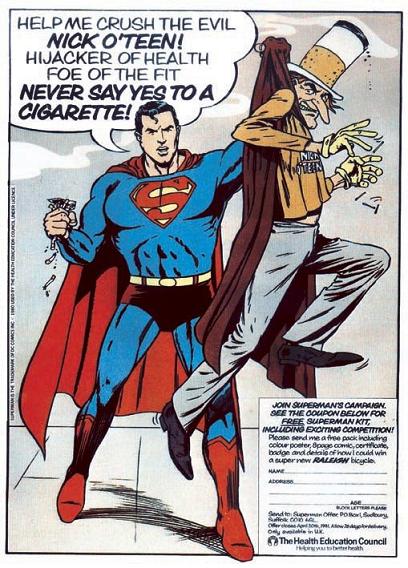 Eva discusses her attempts to get her husband Jonathan to convert to Catholicism, which aren’t going well. Since she and Nikki are both in the doghouse, she suggests that they have sleepovers. They can braid each other’s hair and pray on the rosary.

At Raw, Rosa Mendes and Natalya arrive, Rosa throwing some compliments Santino Marella‘s way. I wonder if she liked him with the unibrow. They go to see Sandra (!!!), who is making new gear for Rosa.

Sandra gets a face full of Rosa’s boobs and likes her new painted-on jeans. She thinks she could rock those. Hell yeah.

Brie and Daniel arrive, Daniel complaining of shoulder pain. Brie suggests that he get it checked out. We know where this is going…

During Raw, Naomi and Cameron get called in to talk with Mark Carrano. Naomi says that when Mark has news, he might as well get “Bad News” Barrett to deliver it. That’s probably the most accurate statement ever uttered on this show.

Mark, of course, has bad(ish) news. He says Cameron and Naomi aren’t going to be wrestling as a tag team anymore. Cameron will be managing Naomi, who is getting a singles push. Cameron, obviously, is not happy about this. She sees it as a demotion, and complains about it to Natalya and Eva Marie. Natalya admits that Cameron isn’t as strong of a wrestler as Naomi is, but chalks it up to her getting called up from developmental too soon. Ominously, she tells Cameron, “this isn’t for everyone.”

Brie and Daniel get the keys to their new home, and it’s not long before they’re at odds. Brie’s focused on giving the house some cosmetic upgrades, while Daniel wants to invest in solar panels and a gym. Daniel thinks Brie should be more budget-conscious (though solar panels and a home gym aren’t something you can pick up at Wal-Mart, Daniel), but she think she’s being reasonable with her requests. She complains that they’re only doing what he wants. He informs her that they always do what she wants. In fact, the whole wedding was what she wanted! Brie doesn’t know what to say to that, so she leaves.

Cut to Brie and Nikki doing some home decor shopping. Brie’s looking for a dining table within her budget. She recounts her fight with Daniel, saying that he dared to compare her to Nikki. Ouch – Nikki just got double dissed.

Later, Nikki is out with John. They discuss the egg freezing dilemma, and John goes back to their core problem: they want different things out of life. He fears that he may lose Nikki one day. She says this isn’t true, but if they continue down this path as if John isn’t obviously going to change his tune eventually, someone’s going to get hurt.

She tells him she’ll stop the egg freezing process if he wants her to, but he won’t ask her to do that. And the merry-go-round keeps moving..

Cameron, angsty about her career troubles, heads to the studio. She vents about her frustrations and gets emotional. She says that being next to Naomi, who is a “super athlete”, makes her look like an asshole.

While there, she helped produce a song dedicated to the WWE. She tweeted the finished product last night:

It’s sweet, but I’m not sure what the objective is here. I guess she’s going to retweet/repost fans send in? I’m gonna wait to pass judgment on this project until we see it in action.

Nikki and Brie go to a coffee shop, where she gets some cute “Yes!” chants from passersby. Nikki tells Brie that she’s decided not to freeze her eggs. Brie’s not happy. She says this is part of a selfish pattern with John: he sees his life might be altered, and gets Nikki to change her mind. She says, appropriately:

Nikki tries to link it to how Brie is having problems compromising with Daniel, but Brie reminds Nikki that she’s the one sacrificing everything, not John. She gets frustrated with the back and forth and suggests that Nikki leave her out of it, saying that she doesn’t want Nikki to wake up one day and realize what a big mistake she’s made. The sisters make up shortly after, Brie admitting that she just wants to be the “good pixie” on Nikki’s shoulder. Nikki then says what’s my favorite like from the episode: “Well, since neither of us is pregnant, why don’t we get a drink?”

Meanwhile, Naomi and Jimmy Uso are having drinks, discussing her problems with Cameron. She asks him if he’s enjoying being half of the Tag Team Champions, and he asks her how she likes being Divas Champion. Ouch. That one was below the belt. He reminds her that she is going to have to be a singles competitor to be Divas Champion, but she doesn’t want to leave her friend behind. He think they’ve done all they can do as a team, demonstrating the dance they’ve been doing for two years:

A+ imitation! Someone give him some pom poms. Naomi returns the favor by imitating his own entrance ritual. The Funkadactyls get my vote here, personally.

Later, Brie is informed by Daniel that he needs surgery on his neck.

He’s going to have it in the next week. This is really bad timing, since Daniel now holds the WWE and World Heavyweight Titles.

Later still, Brie and Nikki visit their nieces and nephews. Nikki catches baby fever again, and starts to reconsider her decision to cancel the egg freezing.

At Raw, Daniel takes to the ring to announce that he is undergoing surgery on his neck. He’ll be having the surgery in Pittsburgh, while Brie is in New York doing press. She talks to him on the phone pre-surgery and has an epiphany about their earlier fight. Daniel’s injury has put things back into perspective for her, which she tells him after his surgery.

Nikki works out with John and jokes about bursting her ovaries by lifting too much weight. John then mock-prays for that to happen. Did I just find Cena endearing? On Total Divas? What planet am I on? She tells him that she’s decided to go through with freezing her eggs. He doesn’t give her much support, but he doesn’t freak out either, so…

On Main Event, Naomi wrestles Paige with Cameron at ringside. Cameron realizes that she’s not enjoying this.

Brie and Daniel meet with the WWE’s physician, who tells him that he’s going to need more recovery time. Brie’s wearing her Payback dress here. Hm…

Later, Cameron meets with Mark, telling him that she’s considering moving back down to NXT and train. Mark tells her if she does that, she might not be brought back up. She tells Nikki, Naomi and Jimmy about this, and none of them are crazy about the idea.

Naomi pulls Cameron aside and accuses her of trying to walk out on her. She tells her that she’s not thinking about the group. Accurate! I’m on Naomi’s side with this one – what Cameron does affects her, and it wasn’t right for Cameron to make such a big decision without her.

Lastly, we see Nikki break down her hormone schedule for John, and he volunteers to take care of her after surgery. Aw… a happy ending.