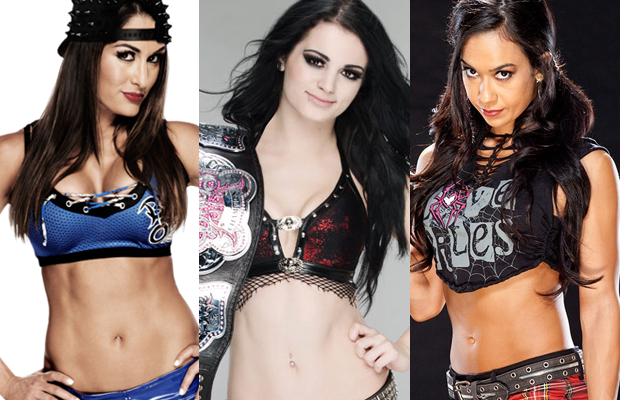 In a segment set to air on tonight’s SmackDown, WWE Principal Owner Stephanie McMahon booked a Divas Title match for Night of Champions.

Divas Champion Paige will defend her title against AJ Lee and Nikki Bella in a Triple Threat match.

This is after Stephanie rewarded Nikki with a future title shot on Raw, a move that lead to a confrontation with Paige, AJ Lee and Nikki’s sister Brie.

Watch Stephanie make the announcement below:

Night of Champions will air live on the WWE Network on September 21st at 8pm ET.

Do you think Brie will be added to this match?