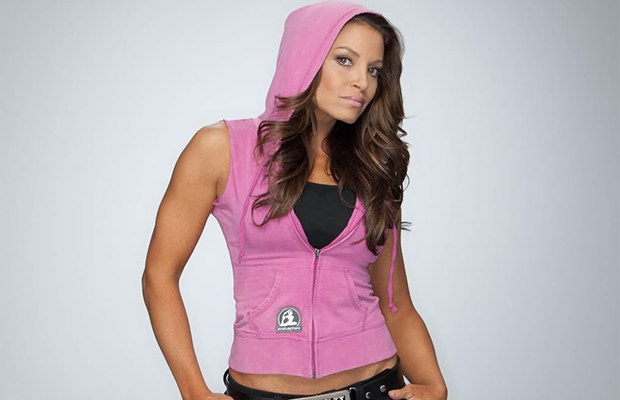 WWE Hall of Famer Trish Stratus recently spoke to Journey of a Frontman about her storied career, revolution in women’s wrestling, the possibility of wrestling one more match and more.

When asked if she feels that she has one more match “left in her”, Trish was emphatic that she is, but stressed that the hypothetical match would have to be about elevating the division:

“It’s amazing. It was a bold move for NXT to do that, an amazing move. The great thing is that they’ll sometimes give you the ball to see if you can run with it, and they did. They completely represented and they totally killed it. They proved that women can hold that spot. They showed the world that the women can hang like the men do in the ring.”

She advised today’s Divas to step outside the box and mix things up, as the division’s next big star will have to intrigue the audience:

“They have to challenge themselves and step out of the box every time they go out there. They have to stand out and give the fans somethng that intrigues them and will make them want to see more of them. I think people get used to their go-to moves and like staying in their comfort zone. But, even if its working, you still gotta mix it up. At the end of the day, it’s about going out there and making it the best damn two minutes you’ve ever made for yourself. Also spotting the opportunity to do that is important. us. I think right now is the time we are waiting for that big star from the women to break out.”

“Well the thing about Triple H is he’s very smart and is a visionary really. As the person in charge of talent, his job is to recognize their abilities, spot their potential, then provide them with the opportunity that could elevate them that way they can make the most of them in the company. The cool thing is that he looked at the Divas division and he didn’t just see them as women, he saw these amazing athletes and characters that could do well on the show and connect with the fans. That’s what he did, he gave them the opportunity. Once the fans connect with them, they’re golden. It’s cool to see Triple H in this role, it’s no coincidence this vision is coming from a multi-time champion who knows a thing or two about what works in the ring.”

Trish also talks Tough Enough, her big WrestleMania 20 heel turn, her friendship with Lita and more. Read the full interview on Journey of a Frontman.