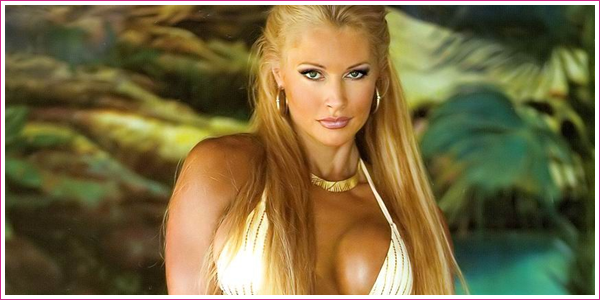 Prior to being contacted by WWE officials to appear in the Divas Battle Royal at WrestleMania, Sunny wasÂ  actually scheduled to appear at the All Star Wrestling’s 3rd Anniversary show. When the opportunity came up to appear in the Battle Royal, Sunny sent an e-mail to the promotion’s head, Gary Damron, notifying him that she would be pulling out of the event. The e-mail she sent Mr. Damron has made it’s way onto the internet, and Sunny makes an interesting point at the end of it:

Ok, Ill just tell you by e mail. Im so sorry, but I have to pull out of the show April 4th….I NEVER cancel a show unless its for a really good reason, and this time I have a really good reason…Im doing the Hall of Fame and Wrestlemania!! I got the call yesterday from Johnny Ace, and Im in the Diva Battle Royal on the show…. and Ill be flying down on Friday..Im terribly sorry, but I cant pass up this chance to be seen by them again..who knows what could come of it! As far as the plane ticket is concerned, if you cancel the reservation with the airline, they will let you apply the fare towards another flight down the road, so it’s not money lost…Ill give you a call later today, as I have a busy day of training ahead of me to prepare.

I sure hope Sunny won’t be getting in trouble by officials in WWE for all this information she’s been providing! It’s no secret that WWE has been almost obsessed with keeping information under wraps to not spoil anything, but Sunny has this e-mail that leaked on top of a Facebook status that confirmed her appearance as one of the first Divas to be a participant in the matchup.

In addition, it is also interesting to note that Sunny finished off the e-mail by saying that something might come of her appearance at WrestleMania 25. This was also the case when Sunny appeared at the Raw Anniversary special and was rumored to have landed a contract with WWE to return to the ring. Maybe Sunny is crossing her fingers once more that she might be able to return to the WWE, though she better not get on anyone’s bad side with all these leaks confirming her appearance!

Two other Divas are all but confirmed to not be a part of the Battle Royal. Former Women’s Champion and Playboy covergirl Sable as well as former Diva Dawn Marie are both pregnant. Ironically, both Divas are also scheduled to give birth in June around the same time, therefore making it virtually impossible that either one of them would enter a ring. In addition, Dawn Marie hasn’t been on the best of terms with WWE following her release a few years ago.