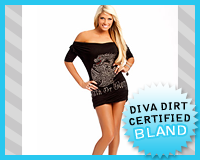 Kelly Kelly‘s Little Black Dress
Appearance: Kelly’s wearing a rather casual dress that reminds me of an Ed Hardy style, and that’s not a good thing. It just looks kind of trashy, especially with the way she’s got it sitting off her shoulders. Clearly it’s not supposed to sit like that, and just makes Kelly look bigger in the awkward way its crumpled around her. It’s not so much a sexy dress as it is an over-sized t-shirt, and it looks like it.
Poses: This is a bit better than the standard “Kelly-bot” posing–it’s cute and sweet and she’s doing more than just the “hands on hips” stuff–but her face is still stuck with the same facial expression. I know she can’t be as vacant as she looks, but these photos aren’t giving me any proff to the contrary.
Uniqueness: Kelly’s never been a barrier-breaker when it comes to photoshoots, and this one falls in line with the others.
Grade: Bland. Kelly tends to rely on her clothes to make the shoot, so this one is let down by a “blah” dress.
• Click to see the rest of the photoshoot. 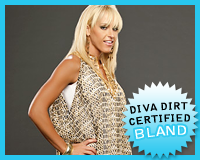 Michelle McCool‘s Solid Gold
Appearance: A gold, poncho-like dress is super shapeless, but is so short that she’s not sacrificing the sexy. Gold accessories keep her looking like a million bucks, but is it a bit too much?
Poses: This is where the photoshoot hits a snag. Michelle’s trying to convey her heel persona in her poses, with serious faces and sneers, but God help me if I don’t get more of a “slow” vibe from them. It’s just the heavy lids don’t look as sexy as she’s intending, more like she was halfway through blinking when they took the photo. Michelle just needs to find a way to look evil without looking possessed.
Uniqueness: Not too many Divas take the risk of wearing shapeless ensembles, but Michelle shoots and scores in that department.
Grade: Bland. She’s getting more serious in her photoshoots, that’s for certain. I just don’t know if she’s got the formula down just yet.
• Click to see the rest of the photoshoot. 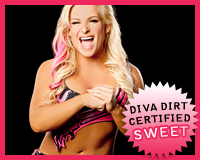 Natalya‘s Hart Breaker
Appearance: It’s yet another ring attire shoot for Natalya, and quite frankly, they’re all blending together. The pink and black might as well be the same as we’ve seen in every other shoot, but she doesn’t look bad by any means.
Poses: The poses are what intrigue me–her screams and crazy facial expression as classic Natalya, and they set her apart from just about every Diva. A few are even kind of sweet. Nattie can show her personality in photoshoots better than almost any Diva, and I love her for it.
Uniqueness: It’s another ring gear shoot, and Nattie is rarely seen in anything other than hot pink, so this is almost the opposite of unique in a Natalya sense.
Grade: Sweet. The outfit might not be new or remarkable, but her poses are fantastic, and they elevate the shoot.
• Click to see the rest of the photoshoot. 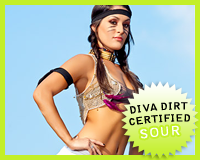 Nikki Bella‘s Indian Summer
Appearance: Is it just me, or do the Bellas just throw on random costumes from time to time? And not just costumes, but horrible ones at that. Here, Nikki tackles a well-treaded stereotype by smearing on some “war paint” and tying on a couple of feathers. It just looks ridiculous and makes her look kind of dim witted–who in this day and age still dresses up like the old Pocahontas-style Native American? (I mean, aside from Mickie James.) Now, I don’t want to act like some butthurt overly politically correct person, but this is just dumb and not well thought out, down to the title.. “Indian Summer”?? Really????
Poses: The sky background is kind of cool and unique, but Nikki looks like she smells something bad. Maybe it’s the cheesiness of her outfit.
Uniqueness: This is unique, but not in a good way. It’s proof that being different and unique isn’t always a good thing.
Grade: Sour. Please get some common sense and stop dressing like you’ve got the mentality of a Kindergarten student on “dress up day”.
• Click to see the rest of the photoshoot. 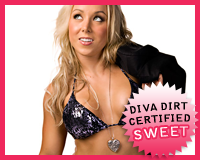 Taylor Wilde‘s Blazing Hot
Appearance: Taylor’s wearing a bit of an odd combo–a bikini top, tights, and a blazer. Still, she looks quite nice. It might not be all that fashionable, but it’s still not an eyesore. Maybe if she was actually walking around with it on, I’d object. Here, it’s just not that bad. She looks cute and has a shine to her that almost matches the plethora of metallics she’s got on.
Poses: Some have accused Taylor of having no personality, but this shoot’s proof that she’s got something in that department. Her poses cover all the bases–sexy, sweet, and fun.
Uniqueness: The outfit’s a unique one, I’ll give her that.
Grade: Sweet. Taylor’s got some spunk to her, and like with her exciting ring work, she’s finally getting a chance to show what she can do.
• Click to see the rest of the photoshoot. 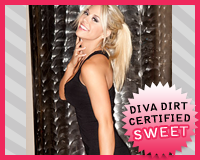 Tiffany‘s Queen of Extreme
Appearance: A tight tight tight black dress and some smokin’ heels make Tiffany look stunning. The racerback element to it kind of gives it a athletic vibe, which is a unique twist. Is it weird that I’m likening it to a sports bra? Yeah, probably..
Poses: There’s a lot of suggestive poses without it actually being suggestive, if you know what I mean. She’s using her hands and legs and just exuding sex appeal. The metallic scenery adds a touch of edginess of it.
Uniqueness: It’s not revolutionary, as plenty of Divas have harnessed the power of high-powered camera flashes and metallic surroundings. Still, it’s got a certain pop to it.
Grade: Sweet. She looks fierce, if I may use a term that’s so overused it’s practically dead and buried.
• Click to see the rest of the photoshoot. 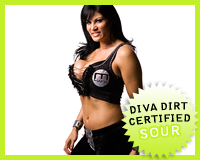 Traci Brooks‘s Mafia Queen
Appearance: A custom Main Event Mafia top and black pants are pretty simple and unremarkable, but I guess the mammoth cleavage is supposed to do the talking anyways. The cuffs look cool, though.
Poses: Just shifting your hands a few inches doesn’t count as posing, right? ‘Cause this looks remarkably lazy. And I don’t want to knock the girl’s look, but what’s going on with her nose–does she smell something sour?
Uniqueness: Nope, nothing to see here.
Grade: Sour. Well, we know that she’s got a worse photoshoot in her resume, and at least she’s wearing clothes in this one..
• Click to see the rest of the photoshoot.

NOTE – If any of you come across any new TNA photoshoots during the week, feel free to drop us a tweet and let us know–it’s tougher to keep track of TNA’s new stuff!