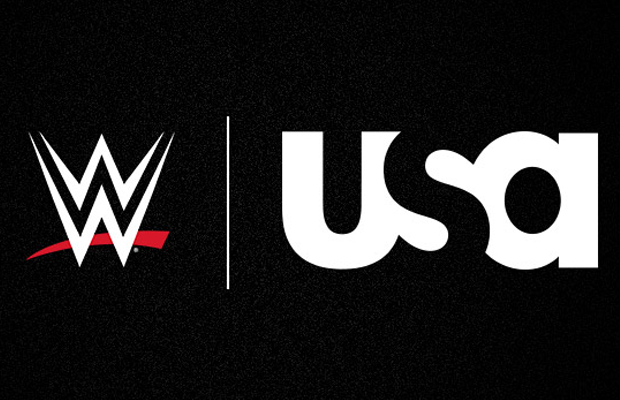 USA Network has announced a week of WWE-related programming for the week of December 20th.

This lineup will include an airing of Paige and The Miz‘s WWE Studios movie Santa’s Little Helper on Sunday, followed by a Slammy Awards edition of Raw on Monday.

A live episode of SmackDown will air on Tuesday. On Wednesday, USA will air the WWE’s annual Tribute to the Troops special.

Superstars and Divas will also make special appearances throughout the week during USA Network’s daytime programming.

NEW YORK and STAMFORD, Conn. — USA Network and WWE will kick off the holiday season with an action-packed “WWE Week.” The week begins Sunday, Dec. 20, with “Santa’s Little Helper,” followed by Monday Night Raw and the 2015 WWE Slammy Awards on Monday, Dec. 21, a live SmackDown on Tuesday, Dec. 22, and a two-hour WWE Tribute to the Troops special on Wednesday, Dec. 23. The week will also include a daytime interviews with WWE Superstars and Divas.

On Sunday, Dec. 20, at 8 p.m. ET, USA Network will air “Santa’s Little Helper,” an original comedy from WWE Studios and 20th Century Fox. The film follows a fast-talking businessman who is given the opportunity of a lifetime to become Santa Claus’ second-in-command. “Santa’s Little Helper” is directed by Gil Junger and produced by Richard Lowell and features WWE Superstar The Miz and WWE Diva Paige. AnnaLynne McCord (“90210,” “American Heiress”) and Eric Keenleyside (“Godzilla,” “The Interpreter”) star.

On Monday, Dec. 21, at 8 p.m. ET, USA Network will air Monday Night Raw, live from Minneapolis, featuring the annual fan-voted Slammy Awards — WWE’s biggest awards event of the year — honoring the best of the year with its own golden statue.

On Tuesday, Dec. 22, at 8 p.m. ET, USA Network will air SmackDown live from Des Moines, Iowa. Both Raw and SmackDown will showcase a star-studded cast of WWE Superstars and Divas, and deliver a shot of adrenaline to viewers with over-the-top action, feats of athleticism and high-octane drama.

On Wednesday, Dec. 23, at 8 p.m. ET, USA Network will air the 13th annual holiday special, WWE Tribute to the Troops. In the tradition of Bob Hope, WWE brings together the best of sports-entertainment and pop culture with celebrity appearances and performances from music’s most popular acts — performed for our servicemen and women — to honor their commitment and dedication to our country. This year, Grammy Award-winning rock band Train will perform. WWE Tribute to the Troops has become a holiday tradition and is considered TV’s most patriotic and heartwarming show of the year. It will chronicle WWE’s visit to Florida’s Jacksonville Veterans Memorial Arena for military personnel and their families stationed at the Jacksonville Naval Air Station, Naval Station Mayport and Kings Bay Naval Submarine Base. While in town, WWE Superstars and Divas will spend the day giving back to those who serve and their families with visits to each base, a Be a STAR anti-bullying rally and military outreach.

WWE also takes over USA Daytime from 11 a.m. to 3 p.m. Monday, Dec. 21, through Friday, Dec. 24, as host Cat Greenleaf conducts interviews from her iconic stoop with WWE Superstars and Divas.

Follow the social conversation with #Troops and on @WWE, @TRIBUTETOTROOPS and @USA_NETWORK.