Victoria Beats Around the Bush 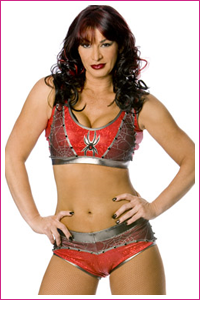 When news broke a couple of weeks ago that future legend, Victoria was to retire, Diva fans everywhere let out a collective gasp. Well now the Vicious Vixen has responded to the piece first reported by PWInsider and let’s just say, she’s not spilling any of the beans

I try not to respond to internet rumors, but I have received hundreds of emails through both myspace and through www. black-widow-customs. com asking me if I am going to retire. I never said that I am, although sooner or later we all will. And I don’t believe that “unnamed talent” is saying that about me either. On the other hand, I never said that my retirement is not imminent. I do appreciate everyone’s support. I try to be open about my life in my blogs. But I would never comment about anything, either to confirm or deny, that may come up in future WWE shows. I’m not the kind of person who wants to know the end of a movie before I see it. And I don’t want to ruin anyone’s future enjoyment of WWE product.

Despite not giving a clear answer, I agree with her response. I still get the impression that she’ll be leaving soon.