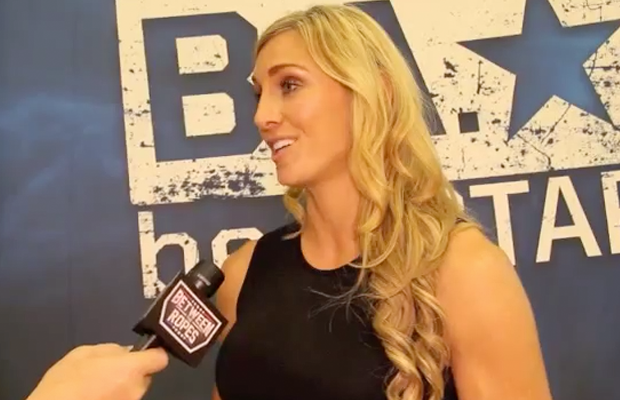 While attending a Be a Star Rally in Orlando, Florida, NXT Women’s Champion Charlotte spoke to Between the Ropes about her acclaimed NXT Takeover match with Natalya, living up to her family name and making her Madison Square Garden debut at a WWE live event.

Winning the NXT Women’s Title at NXT Takeover: “I really don’t have the words. It was so special. I mean, to follow in my dad’s footsteps. I think if anyone’s followed my father’s career, they truly know how passionate he is about sports entertainment. And to be able to carry on his legacy in my own way and to win the NXT Women’s Championship, it just meant the world to me. I know how much his legacy, hard work, sacrifice and his love for his fans and the WWE Universe that he put into them. And to know that I’m representing his brand that he worked on for so long means a lot to me. So I just want to do it justice and I felt that pressure that night. I think it went really well. No matter how grand the stage is, he be proud of me. But to win my first title with there, was special.”

Making her MSG debut last weekend: “”Heck of a way to start your main roster debut. It was amazing. While Sasha Banks and I started pretty much at the same time and to have her tagging with me was special in itself. But Madison Squarer Garden has so much history and tradition. And to walk out there and know that I was making history within that building and having my dad there and being on the same card as him, that’s what made it special. Like his name was on there, I was on there. But facing Natalya again, that was pretty awesome too. That was the first time I faced her since Takeover and obviously going up against Nikki (Bella) too. Also, what was so cool, they (the crowd) knew who we were. Walking out there playing our little package and knowing us made you feel like even more like a superstar like NXT means business.”

Transcript courtesy of Lords of Pain.