Video: Divas Share Their Excitement for the WWE Network 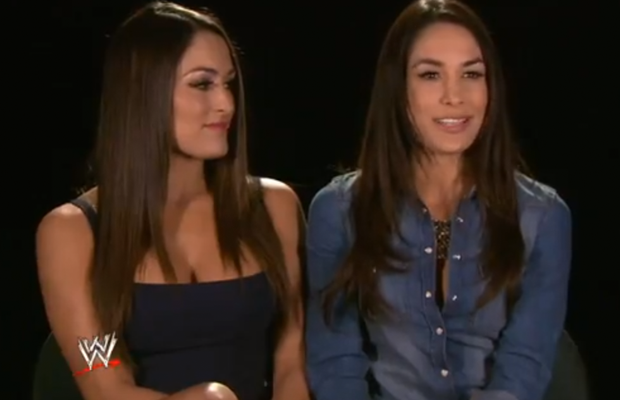 Total Divas stars Natalya, Brie and Nikki Bella are hyping the launch of the WWE Network in a new video, sharing what they’re most excited to see on the network.

Nikki singles out the match between John Cena and The Rock at WrestleMania 29, while Natalya picks the Ironman match that pit Bret Hart against Shawn Michaels at WrestleMania 12. Brie chooses Hulk Hogan and “Macho Man” Randy Savage‘s match at WestleMania 5.

As for their own matches, Natalya says she most wants to relive the Tag Team Tables match in which she teamed with Beth Phoenix to take on Layla and Michelle McCool at TLC 2010.

Brie’s choice is her match against Natalya at last year’s SummerSlam.

All three agree on the first Pay-Per-View they’ll watch on the WWE Network: WrestleMania 1.

What are you most excited to see on the WWE Network?