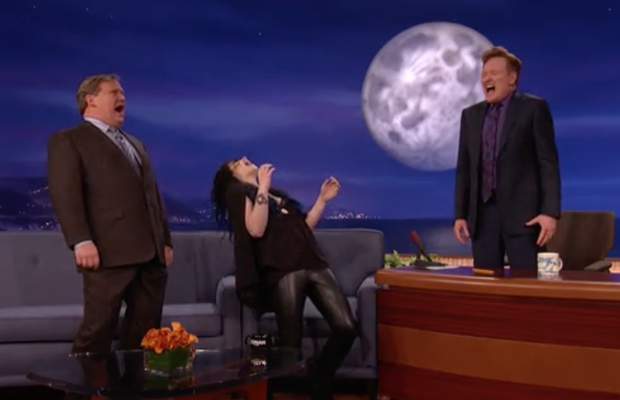 Last night, Paige made her first major appearance on the late night talk show circuit, guesting on Conan to chat with Conan O’Brien about growing up in a wrestling family, taking punishment in the ring and more.

During the appearance, Paige explained the inspiration behind her patented scream, demonstrating one with Conan and Andy Richter.

Watch clips from the appearance below:

You can watch Paige’s episode in full on TeamCoco.com.