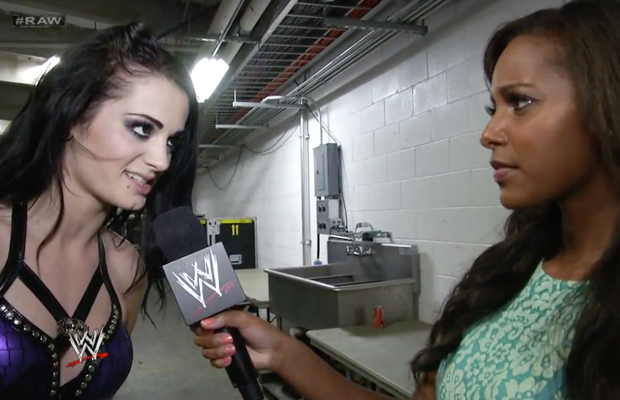 Following her heel turn on Raw, Paige was approached by Eden on Raw Fallout and asked to explain her actions against AJ Lee.

Paige says that AJ knew it was coming, since she had told her repeatedly that this was “her house”. She says she warned AJ not to underestimate her.

The former Divas Champion also confessed that she enjoyed the skipping, telling Eden that she should try it out.

Raw Fallout then caught up with Emma and Natalya, who were AJ and Paige’s opponents in the match the preceded the heel turn.

Emma tells Eden that she doesn’t know what to say about it, while Natalya admits that she was blindsided by it. Both Divas appeared to be disturbed by this turn of events.

Watch both interviews below: