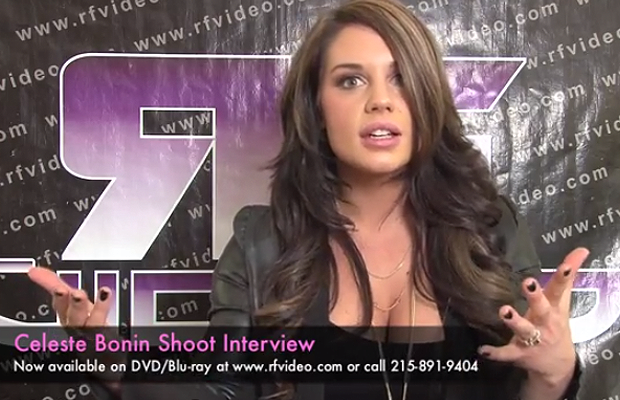 Former WWE Diva Kaitlyn‘s shoot interview with RFVideo is now available for purchase, and to coincide with it, the site has posted a preview of it to give fans a taste.

Taking her first bumps: She says she loved it from the start. Her best friend didn’t, and decided not to pursue wrestling with her.

Working with AJ Lee on NXT: Kaitlyn says she couldn’t have done it (compete in NXT) without her. She says AJ taught her a lot about the wrestling business.

Naomi and Aksana: She calls Naomi a “sick athlete” and praised Aksana for being so comfortable with who she is and down for anything.

Being underutilized: She says that at any point, there is going to be somebody who is unhappy with their position in the company. She calls it a “rollercoaster ride”.

Winning the Divas Title: She was nervous to have the responsibility of being champion.

Her feud with AJ: She says their feud was “incredible” and something that doesn’t happen a lot these days with the Divas.

Survivor Series: She didn’t like being placed with the heels just because she wasn’t on Total Divas.

Leaving the WWE: She wanted to be on TV and have great matches, and she wasn’t getting that opportunity. She asked for a meeting and simply asked for her release.

CM Punk: She says he is great, but is the opposite of someone like John Cena.

Watch the preview below:

You can purchase the entire interview on RFVideo.com.