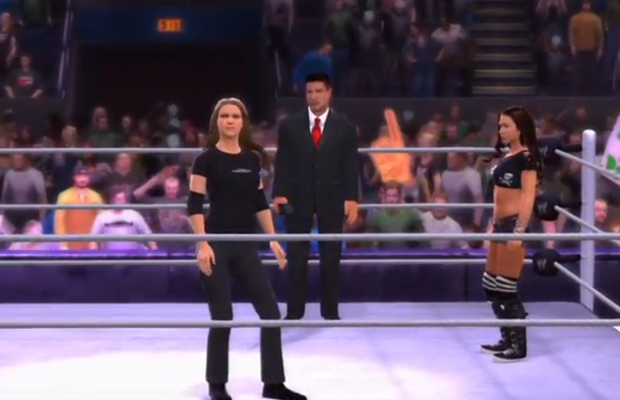 Many Diva fans would put a fight between AJ Lee and Stephanie McMahon on their list of dream scenarios. Well, thanks to WWE 2K14, they now get to see it. Sort of.

The WWE’s official YouTube Channel has uploaded a simulated WWE 2K14 match between the two. The match, which lasts just over a minute, sees Stephanie win with a flying forearm.

We could only hope that a real match between the two would last a little longer than this one.

Do you think Stephanie circa 2001 could defeat AJ Lee?