“Welcome to the Wax Museum, Honey – Where Nothing Ever Moves, and People Are Always Amazed at How Life-Like You Look.” 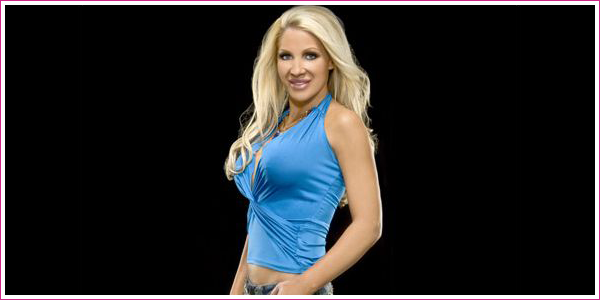 Yes, this post called for an epic-ly long title, so shush. When one looks up the word “enticing” in the dictionary (er, Dictionary.com) it is defined as, “highly attractive and able to arouse hope or desire”. This, ironically, does not capture my reaction to Jillian‘s new photoshoot, titled “Enticing in Teal”. It’s very much your standard Jillian fare – average wardrobe and posing that takes a backseat to your reaction towards the distracting amounts of facial work she’s obviously received. Now, I’m not the one to harp on looks or debase a Diva due to things she cannot change (fashion sense and wrestling skills are fair game), but when she has changed herself, we find ourselves in a unique situation. Obviously, she chose to plump her lips to Angelina Jolie levels – I don’t feel as cruel mocking that as I would if she naturally looked that way. And to tell you the truth, it’s a shame she’s gone down this path. Maybe she feels changing herself into a living blow-up doll will get her that push she’s waiting for, maybe not – either way it’s unfortunate. I know we’ve touched on this topic many times, but it’s so jarring to see a Diva go from this to what we see today. You know the saying “if it ain’t broke, don’t fix it”? Well, it certainly applies here. Though, you could say that to any number of rich women around the globe and they’d still be lining up for shoulder implants, Karen Walker style.