What is Women’s Wrestling’s Best Finisher? Semi-Finals: Widow’s Peak vs. Molly Go Round 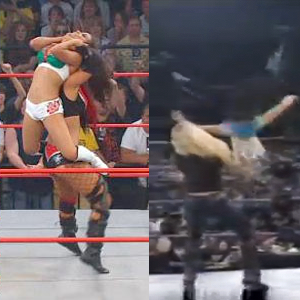 Semi-Finals: In Round 2, Tara‘s Widow’s Peak managed to get past Kharma‘s Implant Buster, while Molly Holly‘s Molly Go Round bested Natalya‘s Sharpshooter. Which finisher will advance to the finals?