Who is Raw’s New Diva of the Decade? Round 2: Mickie James vs. Candice Michelle 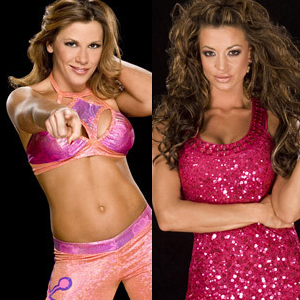 Based on your nominations, we picked the 16 most popular Raw Divas to advance to our knock-out bracket tournament. Keep your eyes peeled over the next several weeks as you will be asked to choose between the greatest Raw Divas of this past decade and help us narrow it down from just 16 to one! (View the brackets below.)

Round 2: In round one, Mickie James got past Molly Holly, and Candice Michelle defeated Maria Kanellis to move on. It’s now Mickie vs. Candice. Who will make it to the semifinals?

Watch both Divas in action:

Candice Michelle and Victoria turn on Torrie Wilson in 2006:

MORE ROUND 2: Jazz vs. Melina