Who is Wrestling’s Greatest Couple? Round 1: Lita/Matt Hardy vs. Debra/Jeff Jarrett 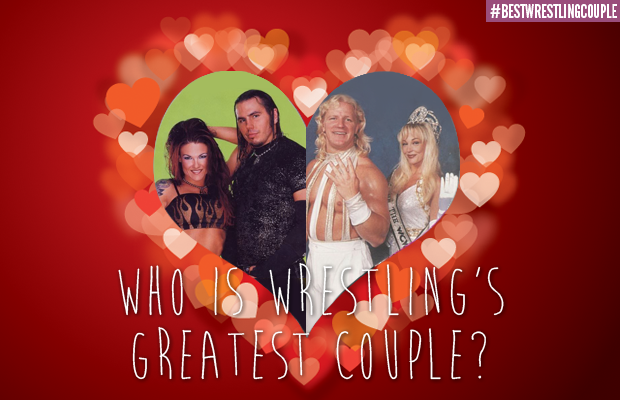 Wrestling has featured some of the most beloved and unconventional couples in entertainment, from “Macho Man” Randy Savage and Miss Elizabeth to Triple H and Stephanie McMahon. They’re all memorable in their own ways, but whose love is the greatest of all?

We took your nominations and some of our own to create the 16-team bracket. Each team will compete for your votes until one is left standing.

Round One, Match Seven

In the seventh match of the tournament, the extreme Lita/Matt Hardy take on the shrewd Debra/Jeff Jarrett.

Lita and Matt Hardy started as part of a trio, but it wasn’t long before they developed feelings for one another, and acted on them. They seemed a perfect fit, and even managed to survive two breakups. Lita’s pregnancy and forced marriage to Kane would bring an end to it, but it wouldn’t be the last time their relationship was used to further a storyline.

Debra and Jeff Jarrett’s partnership started in WCW, back when Debra carried the self-anointed title of “Queen of WCW”. She would eventually follow Jarrett to the WWF, where she traded in hitting men with a briefcase for hitting them with a guitar. She also often used her “puppies” to earn Jarrett victories. Needless to say, it was a very successful relationship.

Which of these couples deserves to advance? Cast your vote below:

View the full bracket below: