Who is Wrestling’s Greatest Couple? Round 1: Marlena/Goldust vs. Vickie Guerrero/Edge 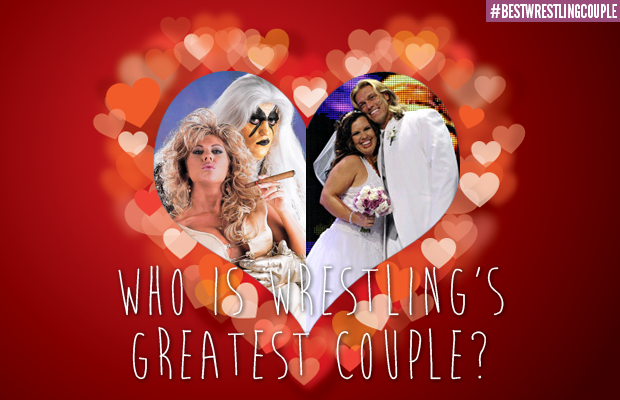 Wrestling has featured some of the most beloved and unconventional couples in entertainment, from “Macho Man” Randy Savage and Miss Elizabeth to Triple H and Stephanie McMahon. They’re all memorable in their own ways, but whose love is the greatest of all?

We took your nominations and some of our own to create the 16-team bracket. Each team will compete for your votes until one is left standing.

Round One, Match Three

In the third match of the tournament, the bizarre Marlena/Goldust take on the power hungry Vickie Guerrero/Edge.

Marlena, better known as Terri Runnels, made her WWE debut alongside Goldust, offsetting his bizarre persona with a nonchalant attitude: he employed countless theatrics, she smoked cigars at ringside. When many called Goldust’s masculinity into question, she made it quite clear: he was all man.

As SmackDown General Manager, Vickie used her power to benefit her beau Edge in countless ways, helping him win the World Heavyweight Championship and punishing his enemies. This cougar knew how to keep a younger man happy, but it wouldn’t last forever: Edge would eventually admit that he only married her for her influence as GM, demanding a divorce in the middle of the ring.

Which of these couples deserves to advance? Cast your vote below:

View the full bracket below: