Who Needs WWE? Trish Gets Her Own Video Game! 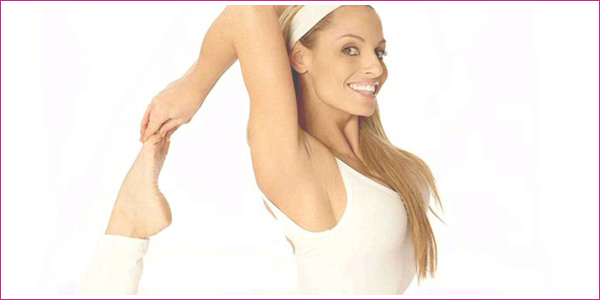 Divas, enjoy your royalty checks for SmackDown vs Raw 2010 — because the real lady making bank is the legendary Trish Stratus. While the Divas of WWE stand to earn a bonus for lending themselves to the WWE series, Trish is launching her own video game for the Nintendo Wii console.

Frima Studios, who will produce the game, sent out the following press release:

Quebec City, CANADA – September 17th, 2009 — Trish Stratus, former professional wrestling champion (WWE) and fitness model was at Frima Studio’s office along to announce the development of Stratusphere, a new Wii game in which she will be starring. Using the Wii balance board and other new and innovative Wii peripheral devices, the diva will be coaching the players along in a complete and tough routine in a Zen 3D background.

“We wanted to present yoga as a real workout and not only as a method of relaxing. Combining Trish Stratus as a personal coach, coupled with her yoga experience, players will have to work through challenging routines to get results! Isn’t that what working out is all about?” concludes Frima’s CEO, Steve Couture.

Produced entirely in Frima’s Studios, with collaboration from Roundhouse Interactive’s President Michael Montanaro, the game will feature several video segments and take approximately six months of development. With major publishers showing interest, Frima is yet to make a choice and still open to new offers as development is slated to start in a few weeks. The title would be available for Q2 2010.

She may have been gone for three years, but between this and hosting Raw on Monday night, Trish proves that her star shows no sign of fading.