Why Trish Turned Down “Miss WrestleMania” 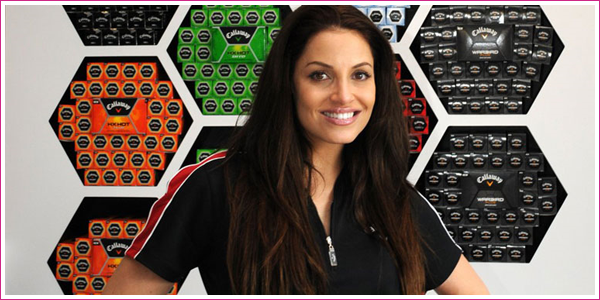 Clearing up some nasty post-WrestleMania rumors, Trish Stratus spoke to SLAM! Wrestling about why she declined her invitation to take part in the Miss WrestleMania Battle Royal, implicity stating that is had nothing to do with the match’s outcome:

“Simply, there were no finishes, no ‘What’s going to happen? Will I win?’ discussed,” Stratus said. “It was just, ‘Would you like to be in this 25-woman battle royal at Wrestlemania,’ and I said, ‘Thank you but Iâ€™m going to decline.'”

“Actually, I wanted to stay home and watch Wrestlemania for one time with my family. That was part of it,” she says. “[Also], I had just made a return recently and I never want to wear out my welcome.”

That’s a great thing for her to say, as one of my personal fears was Trish returning for WrestleMania, building up a temporary feud (as rumors suggested), and pretty much ruining the legacy she left behind for one quick ‘Mania moment. Divas don’t have much of a “legacy” anyways, so it’s easy to ruin your image by consistently coming back and not giving the fans a chance to actually miss you (a la Mick Foley, the worst offender when it comes to leaving and returning and leaving and returning). It’s fantastic to know that we (probably) don’t have to worry about that happening with her, at least not yet.

Still not averse to the idea of returning to the ring, Trish also specifies the conditions under which she would return:

“Iâ€™ve always said to come out of retirement is a big deal to me â€“ so if I was to come out it is for something special,” she said “To be honest, I feel Wrestlemania is a place to create memorable moments in oneâ€™s career and frankly, with 25 women in the ring, I was just not sure how anyone could come out having their ‘Wrestlemania moment,’ maybe if it was a little clearer that could be accomplished for someone, I would have been a part of it.

“If I were to go back, I would like to do something that is new and fresh, there are so many girls right now that can work, Iâ€™d want to be able to mix it up with someone I hadnâ€™t gotten the chance to before I left.”

And what about that natalya/” target=”new”rumored feud with Natalya?

“Oh my god, I would love to work with her,” Stratus revealed. “I think she has so much potential; theyâ€™ve just got to do the right thing with her, especially with the built-in history. I get excited when I think about what they can do with her.”

Here here, Trish! You’ve taken the words right out of our mouths (or keyboards?). I appreciate any Diva’s attempt to hold some sort of standards when it comes to return appearances and special events. I know a lot of us were holding out hope that she’s show up for WrestleMania, but it really would have been a shame to see her involved with the suckfest known as Miss WrestleMania. Wise move, Trish, wise move. (Read the entire article here…)