Will Any Divas Get A Post-Draft Pink Slip?

The draft is swiftly approaching and the landscape of the Divas division could be drastically changed. However, we dont look at the dark side of the draft. Last year, several superstars were ‘future endeavored’ before they even debuted on their new brand. While no Divas suffered that fate, that may not be the case this time around. Here’s a rundown on who I think may be in danger this year: 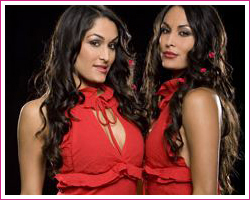 The Bellas – WWE’s resident ‘hot’ twins, The Bellas, are probably in danger of release in the upcoming draft. When they debuted initially they had a good gimmick, but it fell flat once the “switcheroo” was revealed. Since then the fans just haven’t been behind them. WWE tried to liven them up by doing the “Good Twin/Bad Twin” angle, but that didn’t even last a month. While the Bellas are pretty talented in the ring, WWE has nothing for them and they don’t seem to be able to break away from the twin gimmicks. There are enough established Divas and talented rookies to make these identical beauties dispensible. 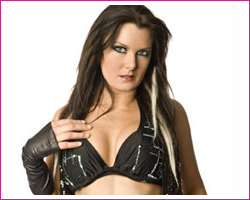 Katie Lea Burchill – This British vixen is one of the most talented Divas in the WWE an ECW’s Newest acquisition. Katie Lea came into the WWE with a controversial gimmick and was put into a feud against, then champion, Mickie James. Unfortunately, the matches didn’t impress and Katie was quickly lost in the crowd on RAW, before being shipped off to ECW. While she had a mini-feud with Alicia Fox, it’s not surprising to not see Katie on TV for weeks. Sad to say but if Katie get pink-slipped she might not even be missed. 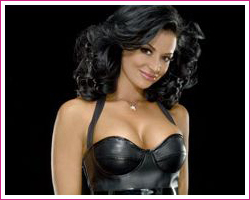 Â Candice Michelle – Candice was once WWE’s golden girl. She was the first Diva Search contestant to ever hold WWE gold, and was in a intriguing program with top heel, Beth Phoenix. That all came to an end when Candice was sidelined with a broken collarbone. The injury put her on the shelf for almost a year. when she finally returned, she was injured in her return match, this time completely shattering her collarbone and effectively taking her out of WrestleMania. When she returned(again), she just couldn’t get the fans back on her side.Â HerÂ feud withÂ Beth was cut short and she wasÂ assigned to filling in the occaisionalÂ tag team match. I hate to say it, but WWE has no reason to keep the Candy-Coated Diva on the payroll. Due to injuries, Candice has had about 10 matches in the last year and a half, if that many. Candice’s release would upset a lot of Diva fans, but I don’t think it would surprise many.


So do you guys agree with these choices? Do you think there are other Divas that could be on the chopping block? Opinions in the comment box! Go!