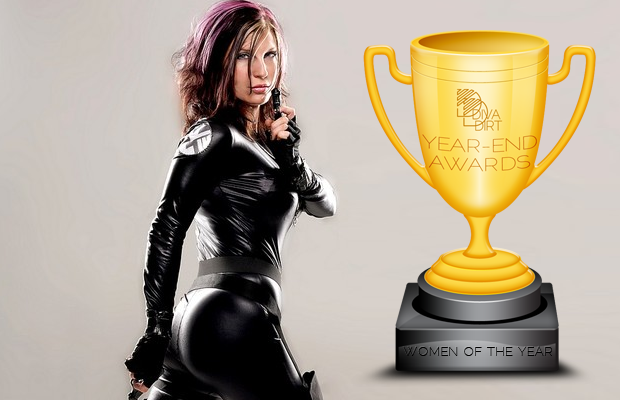 2013 was probably the biggest year for Leva Bates yet. We’ve got to see a different side of her this year as she went face to face with some of the best female wrestlers such as Ayako Hamada, Mia Yim, Jessicka Havok and Cheerleader Melissa. Her most stand out performance was against her former tag team partner, Kimberly, as the two had a series of encounters that included a violent Steel Cage match.

When you combine the fact that her tag team partner Allison Danger retired earlier in the year with how she’s spread her wings as a singles competitor, it’s easy to wonder if 2014 will be the year that Leva finally inserts herself into title contention at SHINE and/or SHIMMER. The next year looks like a promising platform for this rising star to take off and reach new heights of her career.