Women of the Year 2015: Alundra Blayze 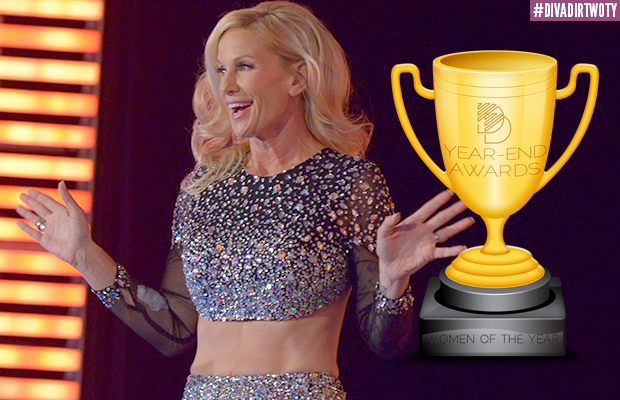 The WWE once more demonstrated their affinity for rebuilding burned bridges at this year’s WWE Hall of Fame ceremony. This time, the reconciliation was with three-time Women’s Champion and infamous “title-trasher” Alundra Blayze.

Alundra joined the prestigious ranks of WWE Hall of Famers at the March ceremony, giving a speech that was equal parts heart-rending, inspiring, funny and shocking. She recounted the long journey that brought her to the WWE and spoke candidly about her most infamous moment: trashing the WWF Women’s Title live on WCW Nitro.

The moment, which is largely credited with sparking the famed Monday Night War, was far from off-limits, and as Alundra explained her reasons for her actions, she finally got the chance to answer her critics and those who endeavored to demonize her. For the first time, the whole wrestling world knew her side of the story, and at once she transformed from a WCW villain to a true WWE legend.

Her induction’s most memorable moment, by far, came when Natalya presented her with a trash can, from which she pulled the original Women’s Title belt. This “real women’s wrestling belt”, she said, was “back home where it belongs.” In the months since Alundra’s Hall of Fame induction, fans have been clamoring for the returned Women’s Title belt to find its way back into Divas division circulation, in some shape or form. That has yet to happen, but Alundra certainly did her part to make it possible.

An appearance on the WWE Network’s Table for 3 program and a social media feud with Paige kept Alundra on WWE fans’ radars for the rest of the year and lead some to believe that she could return to our television sets for one more go-round. Perhaps she can bring that famed belt with her and finally give Diva fans the one thing they all seem to want: a replacement for the butterfly belt.