Fans often see wrestlers as larger than life and superheroes on our TV, phone and laptop screens, and then there are some days these TV heroes are real-life heroes.

Early this morning, in the streets of Sapporo, Japan, a physical altercation broke out. A young man said to be in his twenties was physically assaulting his wife, who was screaming and calling out for help. Enter Chigusa Nagayo.

For those of you who do not know of Chigusa, she is one of the true pioneers of women’s wrestling in Japan. Though she now is retired and owns Marvelous Women’s Pro Wrestling, she was one of the first women to make Japanese Women’s Wrestling mainstream. Those of us old enough to remember The Crush Girls are familiar with Chigusa and her tag-team partner, The Lioness Asuka.

So, Chigusa races up the parking structure where the noises are heard, and she makes her way to the third floor. When she arrives, she sees two people; a man straddling someone on the ground, a woman, his wife, on the ground while he had her by the leg and neck. There is debris on the ground as all of the women’s things are scattered. Nagayo chastises the young man and ordered him to let his wife go, which he did.

However, when he let his wife go, he went after Nagayo and pulled her by the hair, grabbed one of her hands and tried to launch her into the ground. Amazingly, she never fought back, but interlocked their fingers and held him there, she even suffered a broken bone during the struggle. Eventually, another wrestler and then the police were able to break things up and deal with the angry, inebriated man.

When asked why she didn’t beat him up after his attempted assault, she simply said if she were to hurt the man then it meant issues for the other women’s wrestlers, and hurting him made her as bad as he was. She also credited her training as a wrestler for her tremendous restraint. 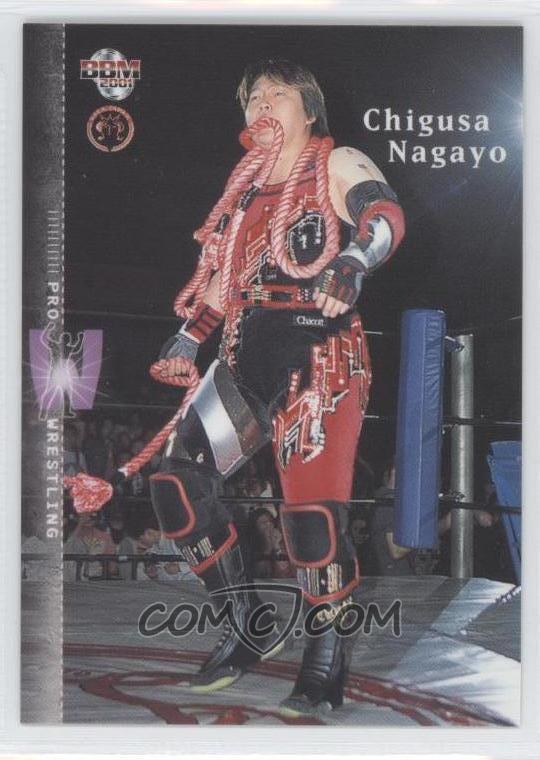 Kudos to you, Chigusa Nagayo!