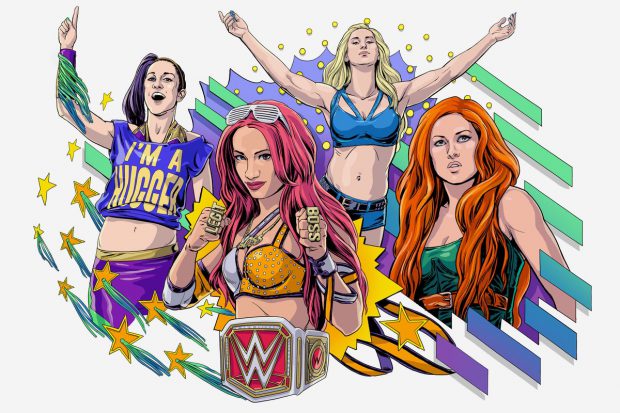 * GQ highlights Charlotte, Sasha Banks, Bayley and Becky Lynch as the four women who have and continue to change women’s wrestling in WWE. (GQ)

* ESPN speaks Charlotte on her road of becoming a Superstar on her own, outside her father’s shadow. (ESPN)

* Stephanie McMahon has put the final touchings on her her upcoming book. (Twitter)

* Renee Young has been seemingly been injured with a sprained ankle. (Twitter)

* Eva Marie‘s husband Jonathan Coyle has backed down his initial stance on fighting WWE’s decision of suspending his wife. (Cage Side Seats)

* Charlotte is the latest Superstar to be featured on WWE’s Super Ink. (WWE.com)

* Brie and Nikki Bella are scheduled to appear in an upcoming episode of truTV’s Fameless. (Wrestling Online)