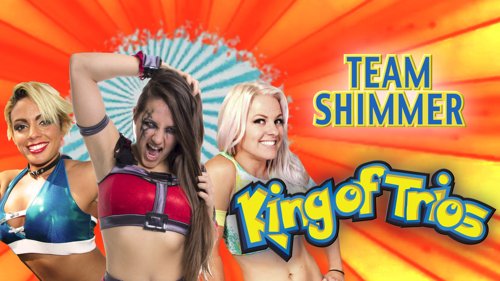 * Stephanie McMahon speaks with the Wrestling Compadres Podcast to discuss the reasons of bringing back the brand split. (YouTube)

* There are plans for the WWE Network to launch a “Where Are They Now?” series, where former WWE Superstar Eve Torres is expected to be featured in. (Wrestling INC)

* Eva Marie will be featured as guest judge to this year’s Miss Teen USA competition. (WWE.com)

* This month’s TNA One Night Only PPV is the World Cup of Wrestling 2016. (YouTube)

* Naomi hosted a Candlelight Vigil at Pulse Nightclub to pay tribute to Orlando shooting victims, which will air in the upcoming season of Total Divas. (E! News)

* Sasha Banks takes part in a Q&A panel where she discusses her recent concussion, “We Want Sasha” chants and more. (Wrestling INC)

* PWInsider reports that this year’s Bound For Glory event will take place on October 2nd. (PWInsider)

* Bayley sits down with Chris Jericho as part of his Talk is Jericho podcast. (Podcast One)