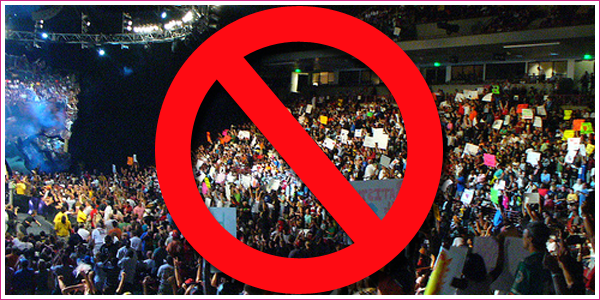 Webmasters were left on guard yesterday, when WWE launched an assault on wrestling – specficially Diva – fansites. The company’s legal team sent out cease and desist letters to unsuspecting fansite owners and over the last 24 hours, dozens of sites have disappeared.

The cull is unlike anything the company has done before; it seems they are specifically looking to target Diva fansites. The alarmingly high number of fansites being targeted, is also a major cause for concern.

What makes the matter worse is that these often scary and scathing cease and desist letters are being sent out by e-mail to fansite owners, who are typically, high school teenagers. The threat of legal action to someone so young is inexcusable on WWE’s part, considering maintaining a fansite is generally just a pastime.

In most cases, it is in fact the website owners who pour hundreds, even thousands, of dollars into their website and make no profit from them. Their support is lent to WWE by purchasing magazines, pay per views etc. Not to mention the free publicity and exposure they are giving that Diva.

One must also consider the timing of this rampage, with WrestleMania just days away. I guess people are trying to show they’re good at their jobs so they don’t lose them when it draws a lousy buyrate. WrestleMania provides much of the profit for WWE’s fiscal year. It’s funny how they are sending their customers cease and desist letters, and these are the same fans they expect to pay $55 for the pay per view.

It’s a huge shame that the company feels the need to scare young, impressionable teenagers in such a manner. Receiving a cease and desist letter by e-mail must be an incredibly daunting experience. It is times like this that the Internet Diva community should pull together. These actions are nothing short of reprehensible.

• If you are one of the webmasters caught up in WWE’s WrestleMania Week Rampage, we’d love to hear your story. Please leave your comments and your advice for fellow fansite owners!