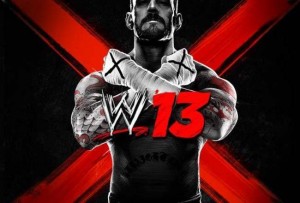 We are just over 24 hours away from the event that makes WWE fan boys and girls everywhere squeal — the annual WWE video game roster reveal.

Yes, that’s right, gamers, your wait is nearly over as THQ and WWE will unveil the roster for WWE ’13 at Fan SummerSlam Axxess tomorrow in Los Angeles.

It all takes place at 1.30pm Pacific (that’s 4:30 Eastern and 9:30 in the UK), and you can bet we’ll be keeping you in the loop as fast as our fingers can type right here at Diva Dirt, and via our Twitter page.

Every year there’s a ton of speculation (often followed by dismay) over the Divas roster, and this year is no different. In fact, excitement is even more fervent this year due to the extra added Attitude Era element to WWE ’13. THQ has confirmed that numerous Attitude Era stars will feature in the game along with present Superstars and Divas.

Ahead of the roster reveal tomorrow, we take a logical look at who we feel might make the cut–and who may be shut out.

AJ Lee: Given her meteoric rise in WWE over the past year, AJ is probably about as close to a priority as a Diva can get for WWE ’13. I would be shocked if she didn’t make the cut.

Kelly Kelly: Kelly is a staple of the WWE video games and is pretty much guaranteed a spot in this one.

Eve Torres: Like Kelly, Eve is a staple of these games, and given her push over the past year, she is more likely than ever to appear in video game form.

Beth Phoenix: The former Divas Champion has been infrequently seen since losing the Divas Title in April, but she’s still one of the most prominent Divas in the WWE and a likely addition to the roster. We’re guessing that THQ may incorporate Beth’s new look into her character model this year.

Layla: You can’t have a video game without a Divas Champ, right? Layla seems like another logical choice for WWE ’13.

Trish Stratus and Lita: Representing the previous era of WWE Divas, Trish and Lita are the likeliest of candidates to appear. Both obviously have working relationships with WWE; Lita appeared at Raw 1000, the Slammys in December and Edge’s recent DVD release, while Trish also appeared at Raw 1000 and was in WWE ’12.

Could go either way

Natalya: The Queen of Harts made the cut last year, but since then has been sparsely utilized. While we hope she’s in it, sadly, we’re not sure.

The Bella Twins: Despite leaving WWE earlier this year, fans will know that these video games begin development at least a year in advance of release. It’s highly possible that Brie and Nikki may get one last THQ check for their likeness.

Alicia Fox: Last year, she was relegated to downloadable content, and this year, we’re willing to bet it may be a similar situation for our Foxy.

Maria Menounos: WWE obviously loves its celebrity Diva, Maria Menounos of Dancing with the Stars and Extra fame. With Mike Tyson included in WWE ’13, it’s not illogical to think Ms Menounos may also make an appearance.

Sable: She helped define the Attitude Era Diva-wise, but will Sable make the cut? It would certainly give this writer a kick to see her in the game! With husband Brock Lesnar back on WWE’s books, perhaps a deal for Sable’s likeness was reached?

Stephanie McMahon: One of the breakout stars of the Attitude Era was the Billion Dollar Princess, Stephanie McMahon. With her executive status in WWE, there isn’t much stopping THQ from utilizing her. Personally, we want to see Stephanie appears as Stephanie McMahon-Helmsley — complete with this look.

Aksana, Kaitlyn, Rosa Mendes and Tamina Snuka: It’d be cool to hit a Superfly Splash, for sure, but WWE hasn’t really prioritized these Divas enough on television, so we’re not too sure they’d make them a priority in the game, either.

Chyna: Though she was indeed a huge, integral part of the Attitude Era, we’re really not holding our breath on this one.

Who do you think will make the cut? Tell us in the comments! And remember to join us for live coverage of the roster reveal tomorrow!