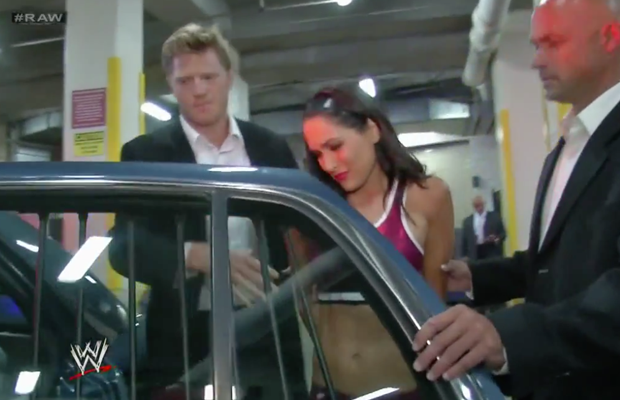 WWE.com has provided an update on Brie Bella, who was arrested last night on Raw.

Brie was arrested on assault charges for slapping Megan Miller, Daniel Bryan‘s personal trainer. Miller, brought to Raw by Stephanie McMahon, claimed to have had an affair with Daniel.

When Brie came to the ring later that night, Stephanie surprised her by bringing out police officers, who arrested Brie and escorted her from the building.

WWE.com has updated fans on the situation, reporting that Brie posted bail in an undisclosed amount and was released from Multnomah County Detention Center early this morning.

The site also notes that Miller’s claims “have yet to be substantiated”.

In addition, Raw Fallout caught Brie as she was being escorted out of the building: