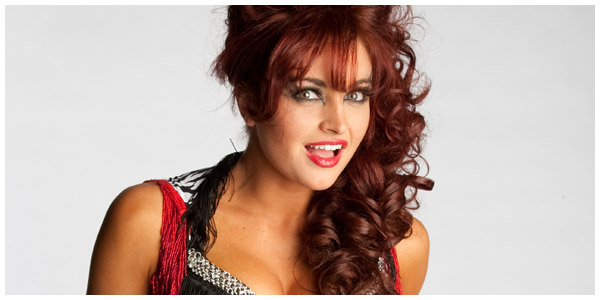 Despite deleting profiles for Hurricane Helms and Paul Burchill who were also released yesterday, Maria is still listed on the SmackDown Superstars page and the Divas page. You can still visit her profile by clicking here.

If I had to hazard a guess, I’d assume that WWE won’t be deleting traces of Maria on their website until after The Celebrity Apprentice airs. The show airs on NBC and Maria’s appearance on the show is partly due to the synergy between WWE and NBC Universal which owns USA Network. The current season of ‘Apprentice’ was filmed last year and Maria is billed as being part of the WWE in all of the promotion. So again, just my theory but I’d assume they’ll wait till after they’ve cashed in on the cross-promotion to delete her profile.

If correct, it’s extremely shady and makes one wonder why they couldn’t just wait till after the show to let her go. It makes me question that much more whether her music ventures outside of WWE had something to do with it — maybe they don’t want her to use her WWE stardom as a platform to launch a music career. They weren’t exactly receptive of Mickie’s music career at first, resenting the fact she was doing something outside of their auspices but seemingly warmed to the idea after she got some mainstream press where she was billed as ‘WWE Diva’.