WWE Divas DVD Due for Release in 2013 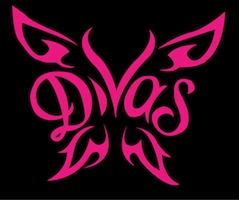 WWE will release its first Divas DVD in nearly seven years next year, counting down the top 20 Divas of all time in a new release.

WWE’s DVD schedule for 2013 was recently firmed up with a Divas DVD penciled in for September 24th, 2013.

As previously reported, WWE had been toying with the idea of a new Divas DVD; in a survey sent out last month, a top 20 Divas countdown was one of the ideas put to WWE fans.

The release would mark the first for the Divas since 2006’s Divas Do New York which was the last in an annual series of Diva-related home videos chronicling the then-annual overseas photoshoot the Divas would take part in.

The top 20 Divas DVD follows in the footsteps of WWE’s Top 50 Superstars of All Time release which hit stores in 2010. The Fabulous Moolah was the only female star to be included on that countdown, which could possibly be an argument for her inclusion on this new release — after all, she did surpass all of the Divas for a spot on the Top 50 — however, could Moolah really be considered a Diva?

Now the debate begins, over a year in advance, about who should/will take the top spot. (My money’s on a certain Canadian.)