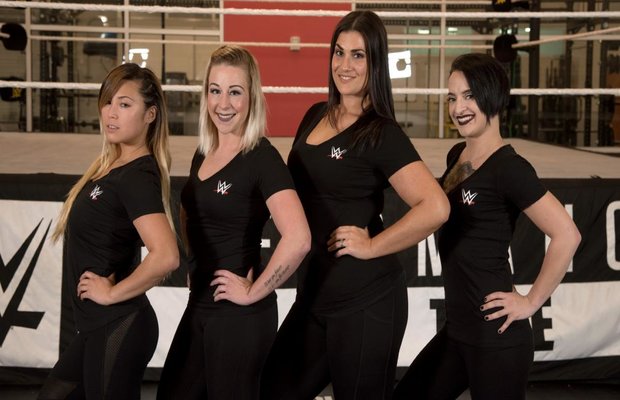 WWE had this to say about the new crop of recruits:

Frankele has competed for more than six years under the ring alias Kimber Lee. Trained by WWE Cruiserweight Drew Gulak, she came to sports-entertainment from the world of classical dancing, where she earned a degree in dance education and was a ballerina for much of her life. In addition to capturing titles throughout the independent scene, including in both Shine Wrestling and SHIMMER Women Athletes, Frankele was the only female to ever hold the Chikara Grand Championship. Frankele has also fought in NXT, coming up short recently against the undefeated Ember Moon.

Joining Frankele will be one of her most noted peers and rivals from the indies, Dori Prange, aka Heidi Lovelace. Nicknamed the “Punk Rock Ragdoll,” the outspoken Prange has competed not only in the U.S. indie scene but also in Japan, where she wrestled under the banner of World Wonder Ring Stardom.

“Pro Wrestling Illustrated” ranked Frankele and Prange at 17 and 20, respectively, in its 2016 list of the world’s top female grapplers.

Five-foot-eleven Glidewell, who has competed under the name Andréa, brings a powerful arsenal to the WWE Performance Center. A product of Bubba Ray & D-Von Dudley’s wrestling academy, Glidewell is a 10-year veteran who has fought all over the globe, including matches teaming with and against the likes of Japanese legends Aja Kong and Kyoko Inoue.

Rounding out the newcomers is Julia Ho. A professional model and singer, Ho is looking to parlay her success in mixed martial arts — where she is undefeated — into the squared circle. 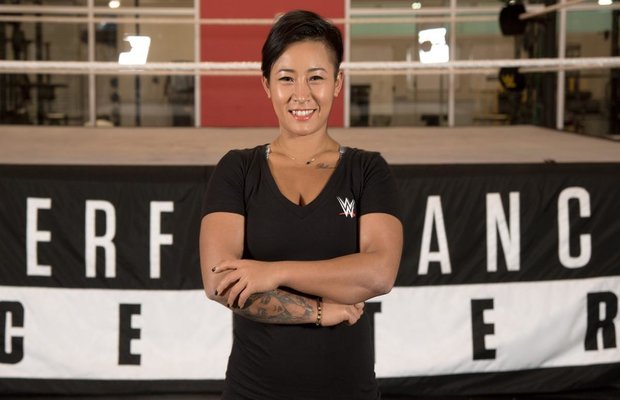 WWE had this to say about her:

Zhao Xia is the first Chinese woman to sign a developmental contract with WWE. She has trained in martial arts and is the co-founder of her own fitness studio. Zhao has multiple first-place finishes in various martial arts and fitness competitions, including the Second World Traditional Chinese Wushu Championship, Nike Challenge Competition and First China Throw Down: Battle on the Bund.

Along with celebrating this new incoming crop of talent, WWE released a hype video featuring their accomplishments, including integender wrestling matches:

Check out a gallery of the new women here.

What do you think about this news? Sound off in the comments below.