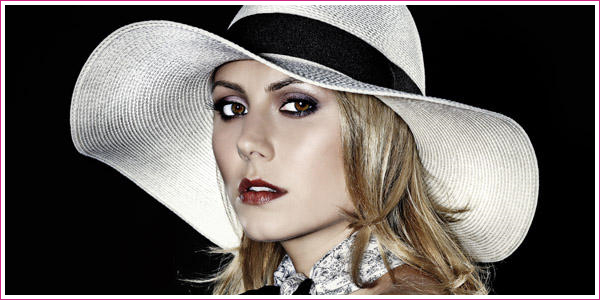 Former WWE Diva and now officially [kinda] the biggest celebrity to come out of Baltimore, Stacy Keibler has revealed how WWE ignored her offer to be a guest host for Monday Night Raw.

In an interview with the Baltimore Sun, Stacy says she had her management approach the company but never heard anything back:

No one has contacted me. I actually had my management contact them, and nobody ever got back to us [laughs]. So I guess they’re not interested.

Burn. She can’t be any less of a celebrity than some of the people they’ve had on right?! It seems as though WWE is still somewhat bitter that she ditched them for something better. I don’t know about you, but they should bring her back as ‘one of their own’ who made it [relatively] big.

Meanwhile, Keibler has just won the Baltimore Sun’s ‘Celebrity Smackdown’ competition naming her the biggest celebrity in Baltimore and has just taken a post for ‘Dancing with the Stars’, the show which made her famous, as a correspondent on the ‘DanceCenter’ segment.

And just for sh*ts and giggles I guess, Stacy was also asked about the possibility of going to TNA:

The organization hasn’t, but Mick and I talk regularly. They haven’t contacted me to do anything, plus I still have my deal with ABC, so I wouldn’t be able to do anything like that.

Stacy in TNA? Yeah, I don’t think you even needed to ask if she’d go there but there ya go anyway.